How Shedding Check-in DRM In The Xbox One Benefits Microsoft 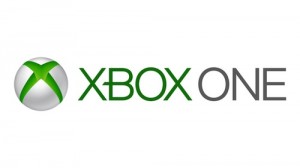 With the reveal of the Xbox One at E3, gamers had all-but declared Xbox’s competitor, the PlayStation 4, as the victor in this particular console war. One feature of the One that seemed particularly vexing to Xboxers was the need for Internet connectivity. But as of today, this issue has been put to bed.

According to an official announcement made today, the Redmond-based company won’t be implementing the need for Internet connectivity for offline game playing. (As previously announced, this connectivity would have been required once every twenty-four hours, and without it, players wouldn’t have been able to play even a single-player game.)

Don Mattrick, President, Interactive Entertainment Business, wrote that although Microsoft “believe[s] in the benefits of a connected, digital future,”

An internet connection will not be required to play offline Xbox One games – After a one-time system set-up with a new Xbox One, you can play any disc based game without ever connecting online again. There is no 24 hour connection requirement and you can take your Xbox One anywhere you want and play your games, just like on Xbox 360.

Trade-in, lend, resell, gift, and rent disc based games just like you do today – There will be no limitations to using and sharing games, it will work just as it does today on Xbox 360.

After the original announcement at E3, Xbox gamers were upset enough to state they had plans to purchase the rival PS4. This alone may have given Microsoft reason to change their always-on tune.

But there could be more to this announcement than responding to gamer outrage: It could actually be less expensive for Microsoft.

With the Xbox One reveal in mid-May, Microsoft revealed their plans to increase the number of servers they would use to “power” the Xbox “experience” from 15,000 to 300,000 (“more than the entire world’s computing in 1999″).

Now that check-ins are no longer required, Microsoft may not need to add to their current server expenses, twenty times in addition to what they’re paying now.

In addition, removing a dependency on the upstream servers actually benefits Microsoft, because it eliminates the possibility of breaking everybody’s Xbox should their update servers have a bad day. And let’s not forget how much damage a DDOS attack can do on Xbox’s that are required to check in. By removing the not-always-but-frequently-online component, Microsoft could be saving themselves a great deal of trouble later.

Unfortunately, one cool feature has been removed:

These changes will impact some of the scenarios we previously announced for Xbox One. The sharing of games will work as it does today, you will simply share the disc. Downloaded titles cannot be shared or resold. Also, similar to today, playing disc based games will require that the disc be in the tray.

That means the ability to play your game at friend’s house, even if the friend does not own it, is kaput. But it’s an acceptable trade-off, especially for people who live in remote areas, where connectivity is less reliable. (Yeah, imagine trying to connect and failing, only to be cut off from your game. Not a pretty picture.)

Updated: With this news, friends of the Master Chief may be mollified enough to purchase the console. After all, Microsoft has now been seen as a company who listens to its community, and a bit of humility can go a long way for your customer base, especially after its initial PR hit. And after the poor reception of Windows 8, Microsoft may want to avoid another backfire. But what’s good for fans may be good for Microsoft too.

This announcement doesn’t necessarily preclude the possibility that third-party games publishers may choose to impose their always-on requirement, just as EA did with SimCity 5. Microsoft might be wriggling off this particular hook, but other companies may be baiting another one at this very moment.