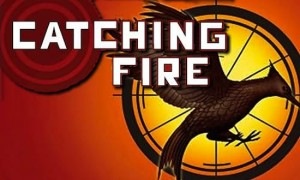 Gary Ross, the director of the wildly successful Lionsgate movie, The Hunger Games, has announced that he will not be directing the sequel, Catching Fire. Despite rumors that Ross and Lionsgate could not reach a mutual agreement about compensation, Ross’ claims his biggest concern isn’t money. He’s more concerned about time.

According to the L.A. Times, Ross said

“Despite recent speculation in the media, and after difficult but sincere consideration, I have decided not to direct ‘Catching Fire.’  As a writer and a director, I simply don’t have the time I need to write and prep the movie I would have wanted to make because of the fixed and tight production schedule.”

The production schedule is fixed for November 2013 release date. But Catching Fire is a bigger picture than The Hunger Games, with more sets, more characters, and more action than the first book in the Suzanne Collins series.

In fact, the sooner that Lionsgate hires a director and goes into pre-production, the better. Catching Fire seems predestined to be successful, what with the fabulous Jennifer Lawrence reprising her role as Katniss Everdeen and the fact that the Oscar-winning writer of Slumdog Millionaire, Simon Beaufoy, is writing the script.

But considering the source material—the book has a terrific balance of action and emotion—thorough preparation for Catching Fire could turn it from a hit into an instant classic.