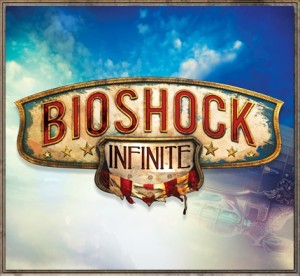 It was love at first listen.

BioShock: Infinite may be a tour de force of storytelling, and it may have set the bar for art direction for an FPS as high as Columbia itself. But it’s the off-kilter pop music that’s won me over like a quick wink from a cute stranger. A Beach Boys song performed by “Columbia’s gayest quartet.” A version of Cyndi Lauper’s “Girls Just Wanna Have Fun” played on a calliope. Creedence Clearwater Revival’s protest song “Fortunate Son” done as a bluesy a cappella. These are only three of the many fabulous anachronistic songs that appear diegetically as Booker wanders through the world of Columbia. But if you want to hear them on your iPhone, you’re outta luck: Irrational’s PR told me straight out, “Those songs are not actually on the soundtrack.”

Irrational has released a soundtrack for B:I (Forbes’ own Jen Bosier reviewed Garry Schyman’s work here). But the best music, like an Al Jolson-styled “Shiny Happy People,” is sadly as nonexistent as a city floating in the sky.

Even worse, you can find a B:I soundtrack on iTunes—but only the familiar versions of the songs, and not the did-I-really-just-hear-that, head-turning versions that make you smile when you recognize them in their unfamiliar arrangements.

Thanks to YouTube, I did find the Columbia versions of the music. But I really do want to pay an artist for his/her/their work, so it’s not the most satisfying answer.

(Note: Also thanks to YouTube, I also learned some fun trivia [on YouTube! I know, right?] about the song “Tainted Love.” It turns out that the famed 1981 Soft Cell version is a remake. The original was recorded in 1965 with a pure Motown sound. You can find it here.)

The lack of a non-orchestral album is a serious misstep, and now I publicly beg Irrational to change their minds. It’s about as wrong as Fallout 3 not releasing an official version of the 1950s pre-rock music that helped the post-War, post Vault 101 world come to life.

It’s the knowing what I’m missing that’s the hardest part. I’ve listened to the jazzed-up ragtime arrangement of “Tainted Love,” a song arranged by pianist Scott Bradley that sounds as if came straight out of 1912, multiple times. It’s my new favorite song. Irrational, it could be your millions of players’ favorite song too, if only you’d let them.

Irrational: Would you kindly release the anachronistic soundtrack?