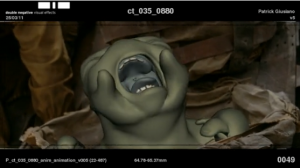 Image from the video

In this video, below, Giusiano shows us his process for making the unreal real. First, he shows a clip of the action, then he breaks the “workflow” down for us.

Whaddya know? It turns out that Hollywood magic is actually Hollywood science.