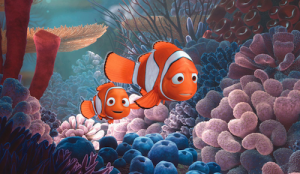 Andrew Stanton, who had directed the successful-in-all-ways-except-financial John Carter, is going back to the drawing board, literally. His next directorial project will be the sequel to one of his previous animated successes Finding Nemo, currently titled Finding Nemo 2. But is this a step forward or a step back for Stanton?

Well, a bit of both. On one hand, his experience with live action will be limited to directing the voice actors in their sound booths. On the other hand, Finding Nemo was Pixar’s second most successful film financially. And although Toy Story 3 has out-earned it, Finding Nemo is also about to get a re-release for the younger crowd, which should add a few more pennies into its $867 million pot.

According to Deadline, if Finding Nemo 2 is as successful as the first fish tale, this will put Stanton back in Disney’s good graces enough to put him at the helm of a second live-action film.

But will we be getting that John Carter sequel that many of us want?

According to IndieWire, Stanton and the screenwriters are up for it. In an interview with Mark Andrews, one of John Carter‘s screenwriters, IndieWire wrote,

What’s more is that Andrews is actually optimistic about returning to the series. “It’s going to get its legs back and me and Andrew aren’t done with that story yet and we really want to do two and three,” Andrews said. “There’s some great stuff for John Carter as a hero to deal with in the future.” He added that they continue to work on the script for the subsequent films: “We’re ready to go. As soon as somebody from Disney says, ‘We want ‘John Carter 2,” we’d be right there.” (Andrews also says that Pulitzer Prize-winning author Michael Chabon will be back to co-write the additional films.)

So it’s not a no. But it will take some serious success on Finding Nemo 2–and possibly a zillion other factors, to turn that into a yes.