Joss Whedon Gets a 2nd ‘Avengers’ Movie, a New TV Show, and the ‘Hellz Yeah’s of All His Fans 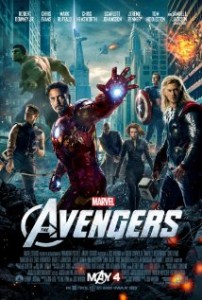 The 2012 movie, The Avengers, earned $1.46 billion, as well as Marvel’s supreme confidence in director Joss Whedon. (We fans already knew he was awesome.) Now Marvel is giving him more than a pat on the back: Whedon will given the role of director in the upcoming sequel, Avengers 2. And here’s the cherry on the awesome cake: Our big damn hero will also be developing a Marvel TV series.

The news came courtesy of Marvel’s owner, Disney, when Walt Disney Company CEO Robert Iger announced Whedon’s return during a call discussing the company’s latest earnings reports on Tuesday. But Iger made it clear this is about more than just a movie. He wants to “leverage the power of the Avengers” as much as possible, and in that spirit Whedon will also be moving to the small screen to develop a TV series for Marvel.

There are no other details about the upcoming movie and television show. But since speculations of a Kree-Skrull war didn’t pan out for Earth’s mightiest heroes in the first film, perhaps fan longing will be satisfied in the second film. Then there are The Avengers’ other enemies, the list of which has great potential for great action.

As for a television show, Marvel hasn’t given its fans a live-action series since 2008, with the short-lived Blade; its arguably best TV series, The Incredible Hulk, ran from 1978-1982.
But there’s no finer show-runner than Whedon for the job of creating an engaging show that remains true to its own mythology.

Unless Marvel plans on tinkering with his work the way Fox did with Firefly and Dollhouse.

I’ll be hanging on news of this with every fiber of my Firefly fangirl being.