Learn to Hack Your iPhone/iPad at JailbreakCon 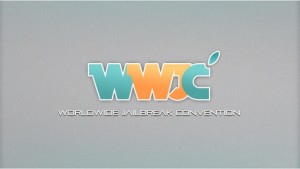 Until recently, the only service provider for the iPhone in the United States was AT&T…unless you had an unlocked iPhone, that is, an iPhone that’s been hacked to free it from the constraints of Apple Inc. Jailbreakers could then use the less expensive (and less ethically challenged) T-Mobile, or full-on jailbreak it to also download apps from non-Apple sources like Cydia. But now that iPhone users can choose between AT&T, Sprint, and Verizon, jailbreakers are still operating on the iPhone’s operating system, to extend it in ways Apple can’t, or won’t, allow. And they want you to join them.

According to Cult of Mac, the first JailbreakCon will be held in San Francisco on September 29, 2012. The convention has an alternate title, the Worldwide Jailbreak Convention, a riff on Apple’s official Worldwide Developer’s Conference.

Users have been jailbreaking the iPhone and the iPad since the tech toys first rolled out of Cupertino, and not just because they want to have alternate phone service. The iOS can be hacked to run “unofficial” apps, ones that are not available at the App Store. In fact, jailbreak enthusiasts have their own version of the App Store, called Cydia.

Some fun hacks that you can find include apps that change the orange airplane in “airplane mode” to a silhouette of Star Trek’s Enterprise, swap out the camera on the “lock screen” with a different app (like Twitter), and customize the appearance of their folders and desktop. Jailbreakers also gave users the ability to copy and paste text months before iOS 3 did.

Speakers include Jay Freeman, the creator of Cydia, and the Chronic Dev Team, who developed Absinthe, the jailbreak of the iPhone 4S and the iPad 2. Attendees can expect lectures and hands-on workshops.

And in case any of you are wondering as to the legality of tinkering with your phone’s operating system, Wikipedia writes, “Jailbreaking the iPhone was a legal grey until July 2010, when the U.S. Copyright Office declared a Digital Millennium Copyright Act exemption making jailbreaking the iPhone legal.” However, if you jailbreak your iPhone or iPad, you will void your warranty.