Legolas’ Bow, Khan’s Glove, and Much, Much More Up for Grabs at Auction 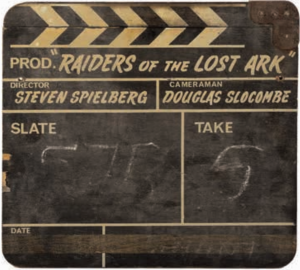 Fans, be prepared to open your wallets. Profiles in History, dealers of Hollywood artifacts, is holding yet another auction where one-of-a-kind treasures are on offer. And this auction looks to be more interesting than most.

That’s because this auction is chock full o’ science fiction goodness. And come December 16, we’re going to see the direct impact of the power of the geek dollar.

Some astonishing gems include:

– The desk on which Bram Stoker had written Dracula (p. 304)

You can also find items from Ghostbusters, The Fly, Dune, and others.

Be warned: Many of these items don’t come cheap. Spock’s tunic from Star Trek is valued between $80,000 to $120,000, as are an X-Wing miniature used in Star Wars, a xenomorph costume used in Aliens…and of course Legolas’ bow from Lord of the Rings.

Previous items that have sold through Profiles in History include the cape Bela Lugosi wore in Dracula, a phaser from Star Trek: The Original Series, and Richard O’Brien’s annotated script for The Rocky Horror Picture Show.