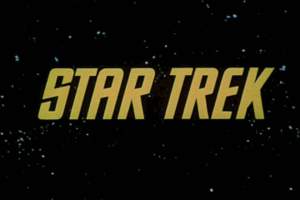 Remember that “lost” Star Trek script, “He Walked Among Us,” that resurfaced last week after 45 years? Well, it won’t remain an unfilmed screenplay much longer. Star Trek: New Voyages, will be lensing it this summer.

Star Trek: New Voyages is a group of fan filmmakers, and before you flee from the words “fan film,” let me change your mind about Star Trek: New Voyages, also known as Star Trek: Phase II. This group of filmmakers, spearheaded by producer James Cawley, uses some of the original actors from Star Trek, like the fabulous George Takei and Grace Lee Whitney, and original screenwriters like D.C. Fontana (“Journey to Babel”) and David Gerrold (“The Trouble with Tribbles”); the group also works with professional actors like Gina Hernandez (Gossip Girl) and screenwriters like Marc Scott Zicree (Babylon 5, Star Trek: Deep Space Nine).

These films, which you can find on the New Voyages website, have been nominated by the science fiction world’s highest accolades, the Hugo and the Nebula Awards, and have won a TV Guide Online Video Award for Best Sci-Fi Webseries. Most importantly, these films capture the essence of the original show.

Screenwriter Norman Spinrad (who had written the popular episode, “The Doomsday Machine,”) is happy with the production, and not just because he’ll finally get to see his screenplay come to life: according to his Facebook page, he’ll also be directing the episode when it goes into production this summer.