Lou Dobbs Bashes ‘Arrietty’ and ‘The Lorax’ as a Liberal Conspiracy 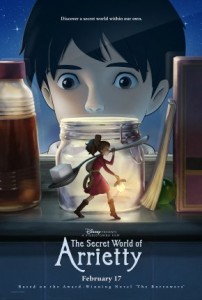 Fox Business Network anchor Lou Dobbs recently accused the upcoming movie, The Secret World of Arrietty, which is based on the Mary Norton book, The Borrowers, as well as The Lorax, based on a book by Dr. Suess, as tools by the liberal media to indoctrinate children. These films, he said, “plainly demoniz[es] the so-called 1% and espous[es] green-energy policies, come what may.”

Although it is not surprising that Dobbs would accuse Hollywood of a liberal conspiracy, it is surprising, however, that he would choose these two upcoming movies to bash.

First, The Secret World of Arrietty was made in Japan by the famed Studio Ghibli and based on a book by Mary Norton, who was English. In fact, calling this movie a Hollywood conspiracy is inaccurate, considering the fact that Hollywood had absolutely nothing to do with the making of this movie.

Second, Dobbs’ view of green ethos as a liberal agenda is unfair to Republicans who believe that ”conservation” and “conservative” are words that go hand-in-hand. Ask Teddy Roosevelt, the Republican president who placed 230 million acres of land under federal protection.

Oh, and as for The Lorax‘s anti-business message: in the film, the Once-ler depletes his stock of Truffula trees. In other words, this movie broadcasts that breaking your supply chain can break your business. Replanting trees, in fact, makes good economic sense.

I’ve just had a thought: there actually is a conspiracy behind those children’s movies….to sell toys.

But wouldn’t that make it a capitalist conspiracy?