Lucas Gives Up Star Wars to Disney; Episode VII to Be Released in 2015 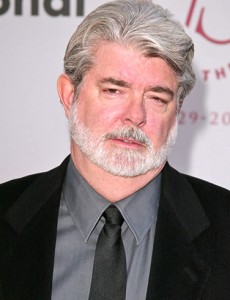 Disney has acquired Lucasfilm for $4.05 billion in stock and cash, which will likely move founder, chairman, and CEO of Lucasfilm, George Lucas, to a more vaunted position on the Forbes 400 chart. The leadership of Lucasfilm will pass to longtime producer Kathleen Kennedy.

And in what is mind-blowing news for fans, Star Wars will be getting a new lease on life…without Lucas. The next films will be made by “a new generation of filmmakers.”

“For the past 35 years, one of my greatest pleasures has been to see Star Wars passed from one generation to the next… It’s now time for me to pass Star Wars on to a new generation of filmmakers. I’ve always believed that Star Wars could live beyond me, and I thought it was important to set up the transition during my lifetime. I’m confident that with Lucasfilm under the leadership of Kathleen Kennedy, and having a new home within the Disney organization, Star Wars will certainly live on and flourish for many generations to come.”

Disney is planning the release of a new Star Wars film in 2015.

I can’t believe I just wrote that sentence.

Joy of joys, after the next film is released, there will be a new Star Wars film every two to three years after that. There is no news on whether the movies will follow the saga of the Skywalker family. It could follow Bantha tracks, and I’d still watch them.

Star Wars has been the subject of fan devotion since its first release in 1977. The series isn’t just entertainment in the form of movies, television shows, and toys. It has spoken to generations about the hero’s journey, and quotes from the films have become instantly recognizable catch-phrases.

Many vocal fans have been disappointed with the newer series, Star Wars: Episodes 1-3, and in multiple online forums, have even called for Lucas’ retirement. As a passionate fan of all the films, I’m extremely sad to see Lucas leave.

But it’s nothing compared to my excitement over the upcoming movies. Thank you, Disney, for making them happen.