May the Fourth Be With You: Four Ways to Celebrate ‘Star Wars Day’ 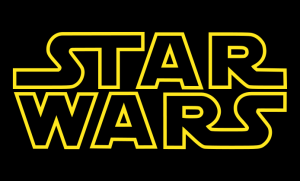 Star Wars Day started off as a joke—May the Fourth be with you—and has become a legitimate celebration day of all things Star Wars-related. Mostly, the celebration consists of posting that joke to the social network of your choice. But since I’m geeky, I’m not satisfied with a mere amusing quip. I plan on celebrating big…even though I believe in my geeky heart that Star Wars Day should be May 25th, the release date of both Star Wars and Return of the Jedi.

Watch the many fan films.

You thought I was going to start with “See the movies,” didn’t ya? Nah, too obvious. No, I want to recommend the many wonderful Star Wars fan films that are out there, waiting to be seen.

Star Wars fans have been making their own films since the 1977 movie, “Hardware Wars.” In 2002, Lucasfilm created a filmmaking competition to honor the best ones.  Categories include “Best Animation,” “Best Parody,” and “Spirit of Fandom.” George Lucas even gives his own award every year: “George Lucas Selects Award.”

Some of these movies are funny (“Pink Five”), others are dramatic (“Star Wars Revelations”) or action filled (“Ryan vs. Dorkman”), and a few are downright poignant (“For Love of the Film”).

Want to make your own? TheForce.net’s tutorial section has a wealth of information to get you started. (Seriously. The site contains enough information to be its own college class.)

See the other movies.

If you’re like me, you can probably quote all six movies (at least the good parts). But Star Wars is more than the trilogy, or even the sextology. There’s also Star Wars: The Clone Wars, the underrated 2008 animated movie. But not many of us have seen—or admit to having seen—the made-for-TV movies, Caravan of Courage: An Ewok Adventure, Ewoks: The Battle for Endor, and the 1977 hilarity, The Star Wars Holiday Special. (“Happy Life Day!”)

Fans should also be watching the 2008 television series, The Clone Wars, which has a galaxy’s worth of political intrigue and maneuvering. (And let’s not forget the 2003-2005 micro-series.)

Hang out with a Star Wars group.

I’ve made many friends over the years based on our love of Star Wars. Your new besties are out there, waiting to bend your ear about Han’s shooting skills or Padme’s midriff.

There’s the 501st Legion, (a.k.a. “Vader’s Fist”), which uses costuming as a springboard “to put its resources to good use through fundraising, charity work, and volunteerism.”

There are costuming groups, such as The Dark Empire and The Jedi Assembly, who can offer you advice on creating your own Star Wars-based apparel.

And let’s not forget meeting people online. You could always join Star Wars: The Old Republic, an MMO that allows you to chat with your Star Wars brethren while beating them in PvP combat…or joining forces with them to defeat your enemies.

To celebrate May the Fourth, Star Wars.com is offering deals and promoting contests and events. One of these events is a Star Wars cookie giveaway at Williams-Sonoma stores. It’s while supplies last, so you’d better run. I hope your sneakers are outfitted with a hyperdrive system.