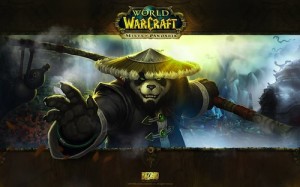 For seven and a half years, World of Warcraft (WoW) has been the world’s most popular subscription-based MMO game. Although free-to-play challengers have been nibbling away at WoW’s fan base, as of today, Blizzard can still hold its head up as the reigning king of the English-speaking MMO world: In its first week, its most recent expansion, Mists of Pandaria, sold 2.7 million copies.

However, 2.7 million is a much larger figure than previously anticipated by investment bank Lazard Capital Markets.

Michael Pachter, videogame research analyst at Wedbush Securities, said, “50 – 70% of PC games are downloaded every year, and [Pandaria] is a PC game.”

50-70% averages out to 60 percent, so actually it’s extremely likely digitally distributed copies would make up the difference. Especially for a game that requires an always-on network connection and is updated digitally.

This means that with the news of 2.7 million in sales, digital copies of Pandaria outsold the physical copies almost 4:1.

Thanks to digital distribution, players now spend less time at the local game store and more time in game. And as we know, most hardcore Warcrafters would rather be raiding.