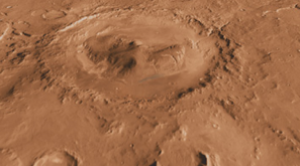 Some fans of space are so dedicated that they can tell you the names of the astronauts for all seventeen Apollo missions–as well as the names of every cosmonaut who went to Mir. But the public remains unenthused…until last night. That’s when people gathered at parties across the country, held in planetariums, universities, convention centers, and even in Times Square, to watch the landing of the rover Curiosity on Mars.

Bars such as Professor Thom’s in New York City also gave people the opportunity to toast the success of the unmanned mission, which has sent a roving SUV-sized, chemistry and geology lab to the surface of Red Planet in order to study 3 billion years of Mars history.

This level of excitement hasn’t been seen since the landings of Spirit and Opportunity, back in 2004. But because of the prevalence of social media, we’re able to spread the enthusiasm as never before.

As of the writing of this article, #Curiosity is the number one trending word on Twitter, which means that people who would normally tweet about Justin Bieber have turned their attention 155 million miles away. On the Facebook page for Professor Thom’s Mars Curiosity Party, Simon Garrett posted, “this is brilliant – really feel like i’m involved,” and Heather Taylor wrote, “So excited to be here

The excitement for Curiosity has gone viral because NASA has finally given us something to be excited about. Here is NASA doing what NASA actually does best: space exploration. When NASA awarded $440 million to SpaceX and $212.5 million to Sierra Nevada, it was a signal to the world that NASA will be allowing private industry to take up the challenge of developing vehicles to ferry public and private payloads to the International Space Station.

Now NASA can redirect more of its budget into exploration, an activity in which it is the undeniable world leader.  With such missions as the Mars rovers, NASA is expanding the horizons of human knowledge. This knowledge will enrich us all…as will the industries that will eventually develop as a result.

And that means that people will soon be gathering in Times Square to celebrate NASA’s upcoming MAVEN mission as well as spaceflight missions brought to you by SpaceX.