New Assassin’s Creed III Trailer Is Two Revolutions in One 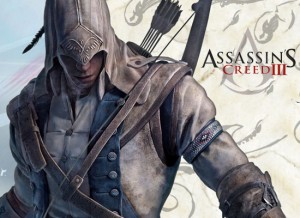 One of the reasons I love the Assassin’s Creed games is because it lets me sneak up on history and stab it in the back. It looks like ACIII, set in the time of the American Revolution, looks like it follows the AC equation of history + weaponry = awesome.

This ACIII trailer, called “the Boston Tea Party Trailer,” is less of a gameplay trailer and more of history lesson. It tells us the reasons behind the Boston Tea Party, as well as its consequences. But as the narrator explains to us, there isn’t just one revolution taking place. There’s another one, “the one that mattered.”

In this Assassin’s Creed III Boston Tea Party Trailer, get a deeper understanding of the event that started the revolution and the birth of a nation — the Boston Tea Party. The year was 1773. The American colonies were under British rule and growing restless of the empire’s enforced laws and taxes.

In an act of solidarity, the American colonists took a final stand and in one of the most famous moments in history, destroyed British imports, boycotting their taxes and halting their tyrannical momentum. Relive this and other historical events in Assassin’s Creed III. Coming October 30.