New LEGO Lord of the Rings Trailer: One Brick to Rule Them All 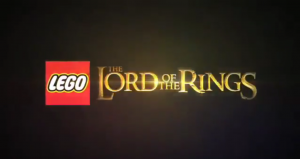 The LEGO videogames have been bringing two-person co-op fun to franchises such as Star Wars, Batman, and Harry Potter. The Lord of the Rings will be the next entry in this successful series when it appears later this year. If the newest trailer, below, is anything to go by, it’ll have the same adorable humor as every other LEGO game…but this time with more Hobbits.

This short trailer gives us a look at many of the characters that appear in the game, based on the three-book/three-movie series. (And I bet an entire suit of mithril armor that all of them will become playable at some point.)

As we can see from the trailer, we’ll be getting dialog from the film, which is nice (although it’s not clear if we’ll be getting new voicework). But what’s not nice is that we get absolutely no gameplay in this trailer. Will Hobbits and dwarves be considered “small” characters, like young Anakin in LEGO Star Wars? Will Gollum be given the same abilities as the “monkey” character in LEGO Indiana Jones? Who knows.

Not that it matters. It would take Sauron himself to stop me from playing it.

Check out the trailer: