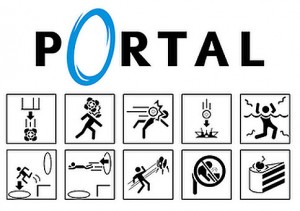 Until recently Linux users were the most unloved members of the gaming world, but back on February 14, they received the best Valentine’s Day present ever: Steam. The download service for a veritable smorgasbord of videogames, Steam games could be played only on a PC running Windows and occasionally a Mac. But now one of the best games (IMHO) on any platform is about to become one of the best games for Linux. First spotted by UK Linux blog, OMGUbuntu, Valve has released a native Linux beta for its first-person puzzler, Portal.

Yes, gamesters, Portal is available if you’re running Valve’s Linux Steam client—I know because I installed it. Although the Linux version doesn’t show up in the Steam Store yet, Linux gamers who already have Portal in their library will see “Portal (Beta)” appear. (For those who don’t have Portal, seriously: What?) Those who have been monitoring the buzz and speculation around Valve’s is-it-or-isn’t-it-real Steam Box will not be surprised by this announcement: If Valve CEO Gabe Newell is serious about making Linux into a mainstream gaming platform, getting its own portfolio in place is a necessary prerequisite. Otherwise, what credibility can the platform really have?

For all of this awesomeness for Linux gamers, it’s not quite the gosh-wow news it could be. Valve’s current catalog for Linux (which does not include betas) is still rather sparse. Portal is a game from 2007, its cutting edge somewhat dulled technologically, and the original Half-Life was first published in 1998.

The newest Valve title currently listed in the Linux Store is the six-year-old game Team Fortress 2 (TF2). Valve’s enduringly popular game is a centerpiece of their user-generated content experiment and has more hats than Panama. (Plus, it has awesome comics). It makes a lot of sense: TF2 is a great test-bed for Valve’s other games.

It’s good to see Portal and L4D2 arrive for Linux users, but I’ll be much more encouraged when Portal 2, DOTA 2, or Half-Life 2 arrive. If Valve has ported the Source Engine already—and TF2 shows they have—what could be the holdup?

Some speculation: Valve is working on Source 2, a new graphics engine (sort-of confirmed by Gabe Newell) and that will be what’s behind their next major release. It might not be Half Life 3 (or Half Life 2 Episode 3, as it were). But if Valve wants to launch Steam Box with an initially exclusive title to draw users to the platform, the Half Life games are the biggest guns in their closet. So perhaps the reason you can’t download Half Life 2 for Linux right now might not be because it’s not ready, but because it’s being retooled for a big splash landing.