Paramount Explains Why ‘Star Trek Into Darkness’ Will Be Released Early 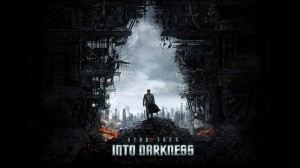 UPDATED: You have but to google the words “release date” and “Star Trek Into Darkness” to learn that the highly anticipated sequel to the 2009 reboot of Star Trek will be released on Friday, May 17. But you—and Google—would be wrong. Recently, Paramount announced that the general, non-IMAX, release of Star Trek Into Darkness has actually been moved up to May 16. (The IMAX release remains at Wednesday, May 15, at 8pm.) Paramount’s Wednesday night IMAX showings were sold out and the studio wanted to give fans who couldn’t get tickets to the advance IMAX showings a chance to see it.

The reason for the early release date? A representative for Paramount explained, “There was a window of opportunity.” This opportunity came when “in certain markets, Iron Man 3 and The Great Gatsby opened overseas early.”

In a press release from Monday, Paramount wrote that IMAX Theaters—typically found in affluent areas whose attendees can afford the several-dollar surcharge—in such cities Los Angeles, New York, San Francisco, Washington DC, Austin, and Philadelphia have sold out. In smaller venues, “interest continues to be strong.”

Star Trek fans overseas have already journeyed Into Darkness; the movie has been released early in over a dozen countries, including England. (And good news: the reviews have mostly been positive. The adventures of Kirk and his crew have currently earned a Rotten Tomatoes score of 88%.)

Despite a strong push, the first Star Trek film had a disappointing box office take overseas, earning only $127 million, compared to its U.S. take of $257 million. The first Iron Man movie, whose budget was $140 million compared to Star Trek’s $150 million, earned $318 million nationally and $266 million overseas.

Paramount may be increasing its international appeal by giving the role of villain to Benedict Cumberbatch, an award-winning British actor (Sherlock, Tinker Tailor Soldier Spy).

Interestingly, Paramount has limited the number of markets in which Star Trek Into Darkness has been released. Star Trek (2009) had twice as many foreign markets before the U.S. release as Into Darkness.

This goes against current Hollywood wisdom of releasing movies far and wide first before bringing them closer to home, a trend helped by The Avengers (a.k.a. the 1.5 billion-dollar baby.)

But as we know, Star Trek, the show that gave us the first scripted interracial kiss on television, is very good at bucking trends.