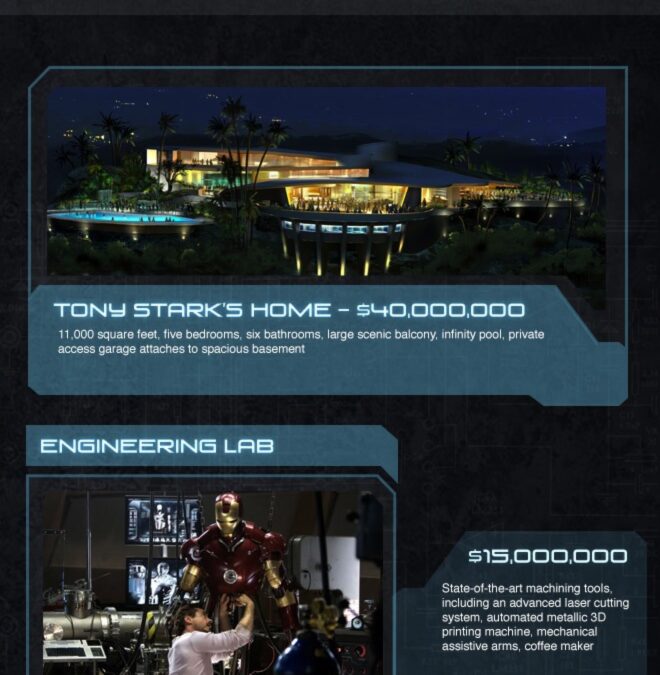 It’s not easy being a superhero–or cheap, either. Superheroes like to equip themselves with the latest in high-tech gadgetry, a plethora of weaponry, and the best vehicles ego can buy. Luckily for DC Universe’s Batman and Marvel Universe’s Iron Man, money is no object. But which of them is the more extravagant superspender?

Homeowners Insurance, creators of this nifty infographic, below, priced it out for us. Iron Man is the big spender and Batman is the more affordable superhero. Although Bruce Wayne outspends Tony Stark on cars and real estate (stately Wayne manor plus the Batcave), it’s Stark’s arc reactor suit that costs the big bucks, $100,010,000. That’s not chump change, even to a billionaire.

Note that the prices don’t include the cost of insurance.