Review: ‘The Last of Us’ 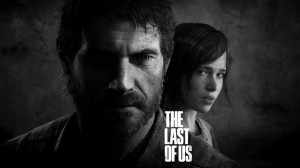 I crouch down and listen carefully. There are six of them, moving slowly around the abandoned office space I’ve entered, trying to find a way through to the center of the city. Four of the enemies are Clickers. They’re blind, so if I move very quietly, they won’t spot me with their echolocation. But then there are two Runners. Still in the first stages of infection, they can see me coming. Using a gun is out of the question: That will bring every single one of them all down on me immediately. Not only that…I don’t have enough bullets.

Of course I recommend The Last of Us, Naughty Dog’s action-adventure. It’s an extremely good game, set in the bones of our dead world. Sadly, given how much I cherish ND’s previous series, Uncharted, it is not a great game. In Uncharted, we galloped our way through exotic locales on an Indiana Jones-style escapade. In TLoU, we trudge our way across a ruined landscape, survivors of the cordyceps plague that decimated humanity. It’s not the most gleeful experience, but it is a compelling one.

ND has managed to create a gameworld that is strikingly real (I’ll be using that word a lot). It’s an imperfect game, but it deserves to be on your play list. Here’s why.

Joel is a man with a tragic past. Come to think of it, his present ain’t all that great, either: A smuggler in a ghetto where martial law is strictly enforced, he isn’t living so much as surviving. Twenty years ago, a plague based on the cordyceps fungus wiped out unknown millions of victims. (The cordyceps fungus, incidentally, does exist and infects the brains of wasps, changing their behavior in order to infect other wasps.) Joel earns ration cards smuggling all sorts of cargo, including guns.

For reasons made clear in the game, he’s required to bring a 14-year-old girl, Ellie, to a group known as the Fireflies, who are rebelling against the military-run government. Of course, there are complications, and Joel and Ellie are forced to go beyond the Quarantine Zone walls, where the plague victims, known as the Infected, roam.

The word “zombie” is never mentioned in the game, but that’s what they are: mindless, flesh-eating former humans. In a nod to the fast- vs. slow-moving zombies debate, the Infected are both, depending on which of the four stages of infection they’re at. The slow ones, the Clickers, are tougher than the quicker Runners. But those aren’t Joel and Ellie’s only enemies. Humans are out and about too, and in some ways, they’re far more dangerous.

It’s a simple enough story. Too simple, actually—The Walking Dead, this isn’t. TLoU does a very good job at capturing the feel of a survival game, but the plot mostly took the straight and narrow path, when I would have loved some curves.

This game plays nothing like an Uncharted game. Compared to most of its peers, TLoU has an attention to realism that deserves both note and praise.

Joel acts and reacts more like a human than a videogame character. He can’t skitter up the sides of buildings parkour-style, and he doesn’t drop from extreme heights into wagon-loads of hay. Other than vaulting over low obstacles, he can’t even jump. Walking speed is paced and deliberate; it feels slow at the start, but it fits the mood. When Joel runs, you can hear him panting from exertion.

Panting also gives away his position, and that’s a bad idea in this game; stealth is more often the order of the day. Joel and his companion find themselves traversing a lot of territory, through abandoned urban environments and the outdoors. A lot of the time, that involves carefully approaching and silently eliminating infected and humans alike, in order to avoid raising the alarm. Creeping through empty decaying buildings, looking out for infected, trying to figure out how to slip past or catch one unawares is TLoU’s core experience. That’s not to say you won’t find yourself in a panicked run from time to time, as both pursuer and prey.

At more than one point, we need to attack a hard-to-kill Clicker. In order to sneak up on it, we have to walk slowly. So instead of pressing up on the left joystick, we need to gently nudge it. One unthinking gesture, and the Clickers descend. This is how cool the game is: I had to move as carefully as Joel.

When you fight, the fights are short, but they’re far more real and desperate. It takes only two or three shots to put down an enemy–but since being shot puts you off your aim,  you stagger. That makes for tense games of hide-and-seek where the winning move is to get the bead on your enemy and shoot before he hits you. Succeed, and you can get a second decisive shot off before they recover. Fail, and they’ll do the same to you. It’s some of the most realistic fighting I’ve done on a PS3.

TLoU’s other nod to realism is that actions like healing and crafting take time, which you may not have. Of course, taking away instant healing fits this game perfectly, and it’s a better experience for it.Also, when you’re healing, you’re unable to defend yourself. And if you don’t complete the heal, you don’t recover any health. Another time-consuming activity? Switching to a weapon in your backpack. You can have only one one-handed and one two-handed gun ready at any time, at least initially.

Your McGyvering takes on a more urgent tone when you’re trying to fashion a Molotov cocktail before the Infected reach you.