S.T.A.L.K.E.R. 2 Videogame Found Investors. So Why Has It Been Cancelled? 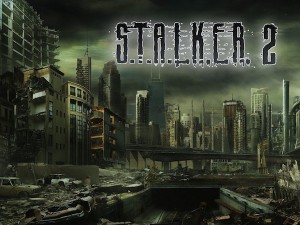 Fans of the FPS videogame series S.T.A.L.K.E.R., which first came out in 2007, will be gulping down more than their Anti-rads: they also have a bitter pill to swallow. The sequel to the popular GSC Game World video games, S.T.A.L.K.E.R.: Shadow of Chernobyl; S.T.A.L.K.E.R.: Clear Sky (prequel); and S.T.A.L.K.E.R.: Call of Pripyat (sequel) has officially been cancelled.

Ukraine-based GSC Game World folded in December 2011, but that didn’t stop the development team from picking up and forming their own company, Vostok Games, in order to salvage the “several years” (see Vostok Games’ video diary, below) they had put into S.T.A.L.K.E.R. 2. They even managed to secure funding from Ukrainian venture capitalists.

However, the game was cancelled because Vostok Games could not secure the rights to the S.T.A.L.K.E.R. property.

The reason we cannot continue with the development of Stalker 2 is we and our new investors we unable to come to an agreement with the IP rights [sic] onwer. The entire team that was working on Stalker is now working on a new project called Survarium. We are so grateful for the support over the years and despite our best efforts we have to move on from Stalker which is as hard for us as it is for you. However, we feel that our new studio and project will be something unique and fill the void left by Stalker as well as add a lot more! -Your Stalker Team-

Stalkers, while most of you are angry and upset (which we understand) please know that since December 2011 the entire Stalker team (myself included) was working without pay on Stalker 2 while new investors were scouted. That is our dedication. Sadly we could not gain legal rights to the franchise….

S.T.A.L.K.E.R. is a videogame loosely based on a 1979 science fiction film, Stalker, (directed by Andrei Tarkovsky), which in turn is loosely based on a novel, Roadside Picnic (written by Arkady and Boris Strugatsky). The game is set in the Chernobyl Nuclear Power Plant Exclusion Zone. However, the relocation of the Zone (as seen in the book and the film) to Chernobyl’s “Zone of Alienation” is entirely the game’s innovation. Both the book and the film predate the 1986 Cherynobyl disaster.