Six Fascinating, Informative, and Just Plain Good Lectures on Videogames in iTunes U 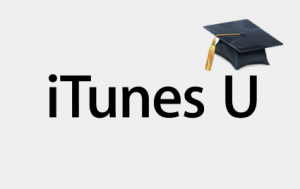 iTunes U is an underappreciated section on iTunes. It’s a pity, because it provides wonderful lectures and educational material from universities, museums, and libraries from around the world. watching and listening to iTunes U is like being in college again, but without having to write that paper in Psych 101 after dining on a packet of ramen noodles. And because many universities have been keeping up with the Joneses–and the Master Chief–there’s some educational material to be found about videogames.

I found a few pod- and vidcasts that you might want to check out. These are for people who want to know more about the creation of videogames, history, the impact on gamers’ healths, and in the case of the last video, just want to be entertained.

I knew that playing video games was good for you. But I didn’t know there were ten distinct categories of good (such as “identification and nurturing” and “rehearing real life.”) Debra Lieberman, a reassuring and knowledgeable speaker, discusses real-world situations where videogames have helped people lead better, healthier lives.

This series is very…academic (which means informative but a bit dry). But this fourteen-part series was created with teachers in mind, to help them “successfully use educational gaming in their classroom.” But chapters like “The Design Perspective” provide a good foundation for a videogame developer of any genre…or a videogame developer in the making.

– “From Running Acclaim Games to Building a Game in Your Garage,” University of Advancing Technology (Lecture 3-4)

This UAT lecture about career building from Steven-Elliot Altman is a little less focused than the others, but there’s some good game-related advice in there, like the suggestion to create game promos. Also, he offers a fairly good reason for new developers to license an already-existing property and build a game around it

Don’t know how to license a property? Me neither. But James Rosini and Greg Boyd know, and people interested in learning more about the business side of the videogame industry might want to give this podcast a listen…

…Or hear it just for the chilling ramifications of these sentences: “Trade secrets, like trademark, is potentially immortal. As long as you can keep something a secret, it’s yours to use to your business advantage forever… As long as you can keep that art department in Shanghai your secret, you can use them for years to make your art at one-quarter cost.”

Missed the Smithsonian University exhibition? At least you get to watch some of the brief video interviews that were on display. In one, videogame designer Steve Cartwright (Barnstorming, 1982) describes the nascent industry, which didn’t just have a do-it-yourself attitude; early developers have to do everything themselves.

These sixteen videos are a good introduction to the people and the ideas that made the videogame industry what it is today.

– “How to Make the Most Boring Videogame in the World,” University of Advancing Technology (Lecture 2-5)

The best of the best, Micah Wright is an informal and informative writer who offers terrific and direct advice on how to make a bad game, such as “alienate your audience” and “do what everyone else does”…as well as tips on how to make the best games you possibly can.

His out-of-the-box thinking (particularly on what to do with all of those Guitar Hero/Rock Band instruments you may have in your basement) makes this a must-see for anyone who has wanted to make games.