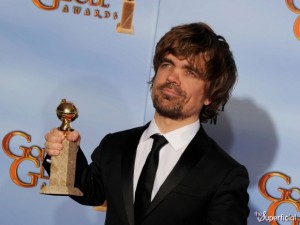 On January 15, 2012, Peter Dinklage won a well-deserved Golden Globe Award for Best Supporting Actor for his performance of the brilliant and caustic Tyrion Lannister in HBO’s Game of Thrones. This year Dinklage was the only person in the genre of science fiction/fantasy to have won an acting award. In fact, no other genre actor was nominated.

I think this is monstrously unfair, and I don’t use that adjective just because I favor movies with monsters. I have my reasons to believe that actors who perform in supernatural shows and movies aren’t given the accolades they deserve: