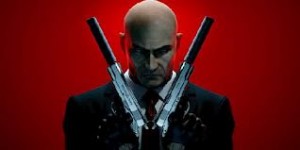 He probably didn't hire _this_ hitman.

Gaming addiction is a serious problem. But some solutions–like therapy and time away from the computer–are better than others. If Kotaku’s translation from a Chinese newspaper is to be believed, one man was so frustrated with his son’s gaming addiction that came upon a solution that was, if nothing else, unique.

A man named Feng had wanted his son Xiao Feng to stop spending all his time playing online games. Feng figured that if Xiao kept losing at his (unnamed) game, his enthusiasm would wane. So Feng provided his own form of motivation…

…by hiring in-game assassins to pwn his son at every turn.

According to the Chinese newspaper Sanqing Daily,

It is unknown where or how Feng found the in-game assassins—every one of the players he hired were stronger and higher leveled than Xiao Feng.

In the end, the griefing didn’t make Xiao delete his character. In fact, the hitmen only motivated Xiao to confront his father.

He was quoted as saying, “I can play or I can not play, it doesn’t bother me. I’m not looking for any job—I want to take some time to find one that suits me.”

This was enough to appease his father, who presumably called off the dogs. It is unknown if Xiao is currently employed or not (he had previously worked at a software development company but quit after three months). But having one’s father set up a contract kill is a definite warning sign.