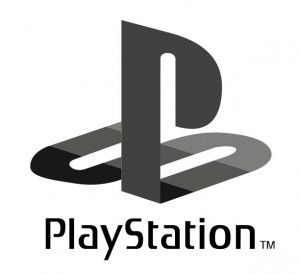 Right now, all news we have about the PS4 is rumor, speculation, fannish hope, and a leaked photo of a controller that may or may not be a prototype. But one can logically conclude that Sony will be offering backward compatibility of PS3 titles on their PS4—and not just because the company purchased the cloud-streaming service, Gaikai, for $380 million in 2012 or a paywalled report in the Wall Street Journal. It’s because of Sony’s “Evolution of PlayStation” video series.

Sony has released three videos to their YouTube Channel, a look at the PlayStation exploits of the past. The first two, “The Beginning” and “PlayStation 2,” are about as infomercial-y as you can expect (and tolerate). But it’s the most recent one, “PlayStation 3” that caught my attention.

Some of the games in this chirpy video, describing the best of what we know and love about the PS3, haven’t been released.

It was a short video, but I recognized BioShock Infinite, The Last of Us, Beyond: Two Souls, and God of War: Ascension, games that have been developed for the PS3 with release dates coming in hot.

Will these companies, with long-standing relationships with PlayStation, release their games, only to have the platform on which they were developed suddenly become obsolete? Not if Sony wants to maintain these relationships.

Not enough info for you? Okay. This is where the cloud-streaming service comes in.

The WSJ report noted that this wouldn’t necessarily be for new titles, but would rather be used to stream games from prior generations.

This is due to the upcoming console likely using AMD x86 chips, which don’t mesh well with the architecture used in previous consoles. Streaming older titles would get around this problem.

But what about new games? Eurogamer has the answer:

As far as why Sony isn’t keen on putting new games on the cloud, it’s speculated that this is because cloud gaming services like Gaikai and OnLive can’t yet reliably deliver more than 720p resolution – and even that requires a pretty good internet connection and close proximity to a server.

To take this further, if the PS4 streams PS3 games rather than play them natively, this implies there is no actual hardware support for PS3 in the PS4; presumably, the PS4 will recognize a genuine copy of the game disc—which further suggests the PS4 will retain its optical drive—at which point it will let you stream the game.

This backward compatibility won’t necessarily last only for one iteration of the new console, as the brand new PS3 did with PS2 games back in 2006. But if a streaming feature is really Sony’s plan for continuing support for PS3 games, and there’s no hardware support for PS3 games in the PS4, there’s no reason for Sony to ever drop support on the client side. And in fact, they could stream the less-demanding PS2 games.

The games would continue to run for so long as Sony keeps streaming them. (But that brings up a different point: How long, exactly, will that be?)

Will the PS4 have backward compatibility and other exciting features? I’ll let you know when I return from the Sony event on Wednesday evening.