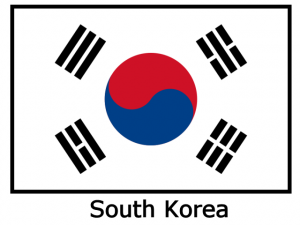 Gaming addiction is no laughing matter: addicted gamers have lost their jobs, their spouses, and in rare cases, their lives, for non-stop gaming in a virtual world rather than living in the actual one. In late 2011, the South Korean government took steps to curb videogame addiction by creating its “shutdown” law, which prevents gamers under 16 from playing online games between midnight and 6 am. But that might not be the only step it takes.

South Korea may implement an additional law, the “cooling off” law. According to MSNBC,

…the Cooling Off system will cause a game to be shut down automatically after two hours of being played. Gamers can log back in, but only after 10 minutes to “rest,” and only once per 24 hours. It was not specified how long the second session will last, but it is presumed to be no longer than the initial time allotted.

However, the reason behind the “cooling off” law isn’t to save the healths of gamers. No, this law may come into effect to…prevent bullying?

Kotaku notes that the South Korean government ties videogame addiction to bullying in schools. But it has not provided evidence (such as studies and papers) that prove videogames lead to bullying.

From personal experience, I would say that the gamers are less likely to become bullies and more likely to become victims of bullying. (Of course, gamers talk all kinds of smack when behind the keyboard. It would be naive to think that no gamer has ever threatened another player from the comfort of home or a PC bang.)

Considering that many gamer deaths stem from exhaustion, deep-vein thrombosis, and other ways that can be prevented by standing up and moving around, a ten-minute period away from the computer might be a good idea. But having statistics based on psychological studies, about gaming addiction and its potentially resultant bullying, is an even better one.