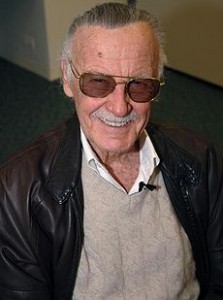 Stan Lee is the co-creator of the Avengers, the X-Men, the Fantastic Four, Spider-Man, and many of the comic book heroes from Marvel’s stable. But Lee will not be making the Forbes 400 list this year. Even though the film The Avengers has earned $1 billion (and counting) since it opened on May 4, 2012, Lee will not be seeing any profits from the film based on his characters.

According to CNN, Lee said,

I hate to admit this, but I do not share in the movie’s profits. I just share in the interviews, in the glamour, in the people saying, “Wow, I love that movie, Stan” — but I’m not a participant in the profits.

Lee, the executive producer of the film, told CNN his title is just an honorary one. “[E]ven though I didn’t film the movie myself, I seem to be getting a lot of credit for it!” He graciously told them, “I’m used to the way the situation is. I don’t go around thinking about it.”

Unlike most of us, who would be wailing over the loss of millions of dollars, Lee has his sights set on another movie. Specifically, his company POW! Entertainment is bringing a new character to the big screen. Lee says that The Annihilator, which has yet to go into production, will be an American movie with a Chinese superhero.

Lee says his other projects include:

“The Retaliator” has a different angle and the element of ecology is important in that story. But he’s the kind of superhero with a power that nobody has seen. “The Prodigal” is really two superheroes that are part of the same family, but they become ultimate enemies!

But if Lee could choose other Marvel characters to give the big-screen treatment, which would he pick?  “Dr. Strange and The Black Panther,” he told CNN. As it happens, Lee says these characters are currently being considered for celluloid hero status.