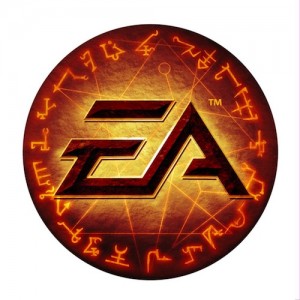 2012 was a great year for videogames. After all, this is the year we saw the release of Guild Wars 2, Dishonored, Halo 4, Borderlands 2, and Assassin’s Creed III, not to mention some fantastic indie games like FTL and The Walking Dead.

Star Wars Kinect was supposed to tap into the wish-fulfillment fantasies of every fan who ever made whooshing noises while swinging a pointy object. And the game itself was a great idea: Use the Kinect controller to mimic the lightsaber action and force maneuvers of a Jedi. But the implementation was less-than-perfect, and reviews could be summed up as “mediocre.”

Except for one of the game’s five sections, “Galactic Dance-Off,” which a friend of mine described as “a Goatse level of horror.” Although some reviewers enjoyed its cheesiness, many hated the hell out of it for defecating on their childhoods.

Don’t take their four-letter words for it. Judge for yourselves.

Valve’s co-founder Gabe Newell declared Windows 8 a catastrophe for PC gaming at the Casual Connect video game conference in Seattle, with the statement, “I think Windows 8 is a catastrophe for everyone in the PC space.” Not much room for interpretation there. Per VentureBeat,

“The Valve executive and other developers believe Windows’ new app store poses a threat to the open nature of personal computers. Microsoft is taking a walled-garden approach by enforcing full control over which apps make it into its Windows 8 store. Consumers can still install Steam and other software, but many see this move as the first step toward locking down the PC for Microsoft.”

And he’s not the only one. Markus Persson, a.k.a “Notch,” creator of Minecraft, tweeted, “Got an email from microsoft, wanting to help “certify” minecraft for win 8. I told them to stop trying to ruin the pc as an open platform.”

Its impact on the industry still remains to be seen, but Newell and Persson are not wearing rose-colored glasses.

13. BioWare founders retire from BioWare. Others are laid off.

CEO Ray Muzyka and Vice President Greg Zeschuck left BioWare of their own free will. However, they were joined by a number of former BioWare employees who were laid off, including SWTOR executive producer Rich Vogel, when SWTOR lost subscribers.

BioWare made some of the best RPGs of all time, including Knights of the Old Republic, Mass Effect, and Neverwinter Nights. The loss of Muzyka and Zeschuck is a loss for the entire genre. The loss of those other talented developers does not bode well in the minds of the fans of BioWare’s earlier games. (For the record, BioWare is owned by EA.)

Day, who is also the producer of the Geek & Sundry YouTube channel, has many friends, including fellow Sundry-er Wil Wheaton, who came to her defense. End of Show quoted Perez’s response: “Go fuck yourself, you opportunistic puddle of miscarriage soup.”