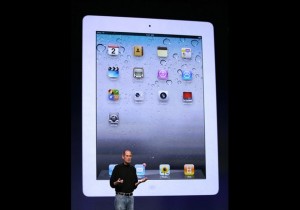 Video games are a fun hobby, but no one ever said it was an inexpensive one: a brand new video game for the Xbox can run you $60, and a hardcore gaming rig can cost upward of $2000. But does assassinating Templars and avenging angry birds really cost a family of four $17,077? Bloomberg seems to think so. I respectfully but strenuously disagree.

Bloomberg recently ran the numbers, and according to the news service, a family of four using the latest and greatest games and peripherals can easily spend, say, $4,800 on a Sharp LED-LCD television and $2,400 on a super-fast download service. This adds up to a pretty penny. 1.7 million of them.

But I assure you that most gamers spend a great deal less on their gaming habit. Here’s how they do it. (Conversely, if you do spend $17K on your digital hobby, feel free to use this article as a cost-cutting cheat sheet.)

– I know plenty of gamers across all platforms who buy their games used, either at Gamestop or on eBay. Except as presents or for the absolutely must-have game of the year, very few gamers I know buy their games when they’re brand new and priced accordingly.

– It costs $3,333 to buy a PC, says Bloomberg. It costs much less if you build it yourself, says me. (You can acquire your necessarily bits and pieces at Newegg.)

– Many of these items on the list are superfluous. For example, “$500, Two BoomChair Sky Lounger Gaming Chairs with built-in speakers, subwoofers and extra-large seating.” No lie: it would be sweet to own these babies, but they’re not necessary.

– You already own some of the items on this list. You could spend $60 on a “Generation Game Tower, to organize gaming gear” or $10 for iPad wipes. Or you could toss your games on a nearby shelf and wipe your iPad off with your sleeve. It’s not as pretty, but it’s certainly cheaper.

– Certain items, such as the television, can be used for p – Certain items, such as a high-end mouse, can be used for years before needing to purchase another.

– Certain items, such as monitors and keyboards/game pads are absolutely necessary. But you really don’t need to buy the most expensive ones.

– T-shirts are included in this list. It’s a cute addition, but if you want this level of granularity, you might as well include the cost of electricity and the price of a house to store your games in.