The Funniest, Most Frightening Video about ‘Legitimate Rape’ You’ll Ever See 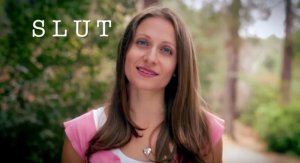 On August 19, Congressman Todd Akin, the Republican representative from Missouri’s 2nd congressional district, told St. Louis television station KTVI-TV that women rarely become pregnant from rape. Akin said, “If it’s a legitimate rape, the female body has ways to try to shut that whole thing down.” This resulted in an uproar from doctors, politicians, journalists, women, and anyone with basic knowledge of human anatomy.

Filmmakers, too. Only this filmmaker, YouTuber Legitimate RapeAd, decided to take action

This video is one of the funniest, most painful responses you could see on the subject. When watching it, I was struck with a fit of laughter and a terror that made me ball my fists in a fight-or-flight reaction.

If you’re sufficiently motivated,donate to the filmmakers cause, RAINN. If you’re even more motivated, you’ll provide Congressman Akin with a Biology 101 textbook.