The Only Reason That ‘Homeless Hotspots’ Are a Bad Idea 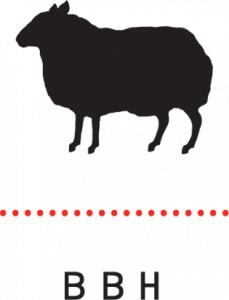 There’s been a quite a bit of controversy over using homeless people as wireless hotspots since the New York-based advertising agency Bartle, Bogle and Hegarty (BBH) deployed them at the South by Southwest festival. At first glance, it seems like a two-birds/one stone idea: solving both the real-world problem of employing the homeless, as well as the first-world problem of never finding a darned hotspot when you need one. But even a Wi-fi craving tech junkie like me can see that this isn’t the solution. “Homeless hotspots” are a bad idea for one very important reason:

The 13 homeless people, who were chosen from the Front Steps shelter to rove the streets of Austin, were paid a mere $20 for their work. They may or may not have received a “suggested donation” of $2 for 15 minutes of Wi-fi time. The Federal minimum wage is $7.25. Although we don’t know how long these homeless people were offering Wi-fi, if they spent more than three hours at it, they were being exploited.

You might be able to argue that a person who earns tips can earn in excess of the minimum wage, and it’s true that waiters and other tip-reliant workers can be reasonably assured of receiving tips. But these homeless people, who aren’t stationery, have no guarantees. Perhaps they can earn more at events such as SXSW, but this means that the homeless who want to work can only earn a reasonable wage during events. There’s little possibility of steady employment.

Having the homeless work for a mere $20 a day only assures they will remain homeless.

Honestly, I can see why BBH came up with the concept: it really does make people think about issues of homelessness and make the “homed” interact more with homeless people. And giving homeless people jobs is a good idea.

UPDATE: Although many outlets have reported that the homeless were receiving $20 per diem fee, BBH have clarified that they are in fact paying at least $50 for each day worked; the additional cash will be paid out after the program ends. However, some the participants in the program believe they’re only receiving $20. I’ll report back when the program ends, and we’ll see how the numbers finally worked out.

Via The New York Times.