The Xbox One Is Targeting The Largest Market Of All: Television Watchers 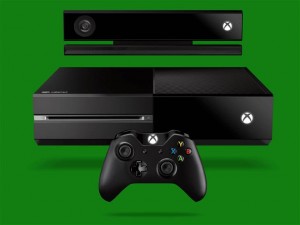 Microsoft has sold 76 million units of the Xbox 360 since its release in 2005. Or shall I say, a mere 76 million units. That’s because over 96% of Americans homes have a television while only 49% of U.S. households own a game console. From where I’m standing, it looks like Microsoft wants to close that gap with its next-generation console, Xbox One.

Headlining the May 21 event is the console’s integration with the living room. Here is an entertainment system that can play movies, surf the web, and review upcoming television episodes, all at the same time, and all with a gesture or voice command. Remote controls? Who needs ‘em? Not you, you Xbox One user.

The Xbox One reveal touched on games, but most of the gosh-wow was centered on the simplicity and ease of use of the television/computer/Blu-Ray player/Netflix player/Skype device, which could be toggled from one window to the next–and two side-by-side windows–apparently instantly.

The fact that the Xbox One is not aimed squarely at gamers has already piqued the interest of some potential users. According to television producer Steven Ryan, the Xbox One’s multiple functions, “makes it more appealing to non gamers. I’m not a gamer. I’d like something that has uses besides just gaming.”

With this, the Xbox One is already attracting a market of Microsoft‘s own making: media consumers who may (or may not) want to play games, rather than the other way around.

The fact that all consoles have added value should make the Xbox One’s extremely nifty extras appealing to gamers.  Writer and superhero movie editor of FilmBuffOnline William Gatevackes said, “I bought a PS3 because it was as good as some of the other Blu-Ray players on the market. The fact it plays games is bonus.” For those who want a games console that doubles as a Blu-Ray player and triples as web browser, the Xbox One may be your future all-in-one device.

However, the Xbox One’s home theater aspect is already underwhelming to some.

Gamers are already pointing out that integration with Netflix may be a terrific thing for people with Netflix…in other words, people in the United States and a handful of other countries. But if you’re living in, say, New Zealand, the Xbox One will leave you behind in its rush to become the future the home entertainment system for a geographically select audience.

Then there’s gamer Andrew Kaufman, who mentioned a particular flaw with the Xbox One: “As a family device, combining that functionality is a recipe for disaster if one person wants to watch a movie and another wants to play a game.”

Xbox 360 and PlayStation 4 owner Matthew Clutter put it succinctly. “The PS4 seems to be sticking to the basics: Gaming. I think I’ll be entering the next generation of consoles with them.”

Speaking of games, we had a only brief look at the Xbox One’s future titles, but most of them won’t be announced until the E3 event in mid June.

Although the Xbox One is a videogame console, from today’s announcement, it seems that videogames are its least important aspect.