The Xbox One Looks Like One Wonderful System–With Two Caveats 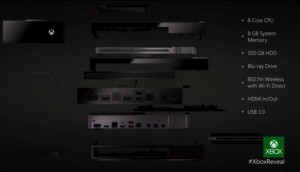 A PlayStation fangirl admits it: Today’s reveal of the Xbox One kind of blew the PlayStation 4 reveal out of the water. Even the name, Xbox One, rather than the casually monikered Xbox 720, is surprising and different. The PS4 reveal was centered on the games (and yes, the graphics capability of the PS4 seems superior). But the Xbox One focused on the integration of the Xbox with all of the media in your living room, making it “one” system. Obviously, a tech demo held at Microsoft‘s headquarters in Redmond is less proof and more proof of concept, but if the Xbox One is everything Microsoft claims, it looks like science fiction made reality.

The Xbox One will be voice activated, so users can walk into their living rooms and say, “Xbox on,” just as Yusuf Mehdi, the CVP of marketing and strategy at Xbox, did at the demonstration. But the on/off switch is just the start of the Xbox’s commands. Watch TV. Browse the internet. Listen to music. Play a game. From where I sit, the only time I’ve been impressed more with next generation gaming technology is when I saw Nvidia‘s SHIELD instantly flip between its mini-screen and your television.

And this isn’t the only way to control the One: Hand gestures work too, although it’s unclear if voice commands and hand gestures can be used interchangeably or if one works in places the other doesn’t.

Not only this, you can watch your television and surf the web at the same time, a sort of picture-in-picture display. This isn’t new—Phillips implemented this on their televisions in 1983—but integration with the Internet could add an extremely useful dimension to their gameplaying/television watching experience. You can purchase movie tickets online while playing a videogame. You can chat with a friend while playing a game

But what Microsoft didn’t mention is as interesting as what was revealed:

– The fact that you can turn your Xbox One on instantly suggests that the new Xbox will be “always-on.” Not only does this require a constant internet connection, but also players can’t play when the servers are down and users can anticipate a slowed or buggy game experience. Microsoft‘s promised 300,000 servers also implies that the company is prepped and primed for the onslaught of always-on users. For users of the Xbox One, it’s not a happy implication.

– Microsoft also did not address backward compatibility of their older games, however sites like Engadet are already publishing the bad news. That Halo 4 game you love so much will be relegated to your older system, unless you feel like buying that sucker twice. (I use the word “sucker” intentionally.)

The backward compatibility issue is a real problem for Xbox gamers, but the always-on aspect is severe enough of a problem for me that it may prevent me from purchasing the Xbox One. Considering the intense dislike for always-on gaming, Microsoft will have an uphill battle to fight in order to get gamers to place the console in their living rooms. But with voice- and gesture-commands, as well as integration with movies, television, and Internet at the top of that hill, for many, it will be worth the climb.

There is also no word on if the Xbox’s pizza delivery service will be upgraded to Pizza One.