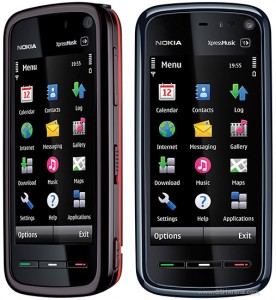 Cellphones are a fact of 21st century life, and if you’re a musician, you may have been interrupted by the strident sound of ringtones during a performance. But you probably haven’t handled it as entertainingly as Slovak musician Lukáš Kmit.

Kmit, who was performing at a synagogue in Presov, Slovakia, in July 2011, was playing his viola beautifully when the Nokia’s ringtone intruded upon his solo. How did he respond? Better than most of us would have:

(Thanks to Daniel Dern.)