Want to Know More About BioShock Infinite? Ask Ken Levine Anything on Reddit 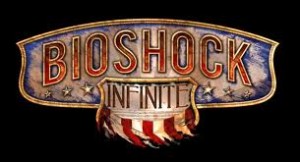 Want to know more about Irrational Games’ upcoming venture in the BioShock universe (or is it multiverse)? Wondering if the big sisters and little sisters ever had a middle sister? Curious to know who designer Ken Levine voted for in the last election? You may get the answers you crave. Levine will be participating in an upcoming AMA (Ask Me Anything) on Reddit, December 20, 2pm EST.

The politically/philosophically/socially charged series was supposed to hit PCs and consoles in February 26, 2013, but the game has been pushed back to March 26, 2013. One question that I suspect will be asked is, “Why the delay?” Another question that I’m sure will be posed: “How can we use those rips in the fabric of time against our enemies?”

AMAs have been known to give a genuinely revealing look into the lives of the interviewees. AMAs include President Obama and a person who has worked for McDonalds for five years.

To those who genuinely want to reached out to Levine, I bet it would help if you asked all of your questions with the phrase, “Would you kindly…”

You can see the first five minutes of BioShock Infinite here.