Wanted: Secretary/Driver Who Looks Like Character from ‘The Force Unleashed’ 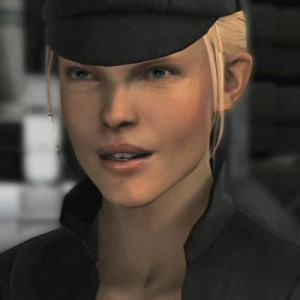 If you’ve ever searched the help wanted ads for a job, you’ve seen all sorts of requirements, from fluency in a second language to experience in customer service. Some requirements are a little more stringent than others—I once saw a job posting in New York City that required fluency in Flemish—but none are as exact as the one that was posted to Australian job-hunting site, Seek. This ad requires the potential candidate to resemble Juno Esclipse, a character from the 2008 videogame, The Force Unleashed and its 2010 sequel, The Force Unleashed II.

The original ad has been removed from Seek, so it cannot be verified and may actually be a fake. But since the poster of this ad had linked to the romantic video, “Starkiller and Juno,” it seems to have a ring of fannish authenticity.

Jezebel has the details on this $20/hour job as a secretary/driver. Besides a resemblance to the videogame character, the potential applicant has to have the following traits:

– “a rational, sensible intelligent individual that has awareness and geniune interest in socio-politcal, socio-economic,”

But here’s the kicker:

– “Someone who is well grounded, not too materialist, someone that loves the finer things, but also loves roughing it from time to time. If your a bit of a nerd and love sci-fi related stuff, then you’ve got a pretty good chance going far in the role.”

Wait a minute…is the unknown hirer looking for an employee or a girlfriend?