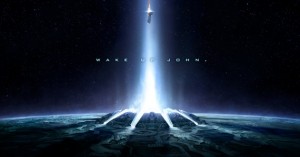 Halo is a much-loved franchise that leapt from the computer screen to books, comic books, and even a successful web series, Forward Unto Dawn. But now it’s going to be a television series, one produced by multi-award-winning (and Forbes-listed billionaire) Steven Spielberg. It’s an excellent choice.

Although Halo players spend their time wielding gravity hammers and DMRs, it’s the story of the Master Chief and his AI ally, Cortana, that have had them hooked through the series. Spielberg is all over that. The filmmaker obviously likes his explosions, but you have but to sit through Elliot crying over E.T. to know his movies favor character.

Plus, he is an excellent adaptor of previously created material. Some of his most distinguished works—The Color Purple, Schindler’s List—were adapted from books. From his track record, it seems he would respect the Bungie/343 Studios source.

There’s quite a lot of material to mine too: As Halo gamer Paul Sposato told me, “The possibilities for storylines in the Halo universe are as deep and wide as any other space-faring franchise out there. While we already have an encyclopedic storehouse of info on Halo, it’s still a big universe in there.”

Because at the reveal Spielberg promised “exclusive interactive Xbox One content” and nothing else, it’s hard to tell if what this new TV series will look like. If this show were airing on a network like ABC, I’d say it would be PG-13 in nature; if this were to air on a cable channel such as TMC, it would probably have R-rated material. But it seems likely that this new show will only be aired on Xbox, so it’s difficult to say what kind of content we’ll see. (And when I think about it, even the half-hour/hour format is up for grabs.)

As Stephanie Wade, a Halo enthusiast, said, “I’d like to see it kept a little darker and more gritty.” With Microsoft creating its own television show, it’s essentially creating its own standards. That means it can be as dark and gritty as it wants—or doesn’t want—to be.

So here is some of what we’d like to see in the upcoming [to be named at a future time] show.

More Catherine Halsey. The person on whom Cortana was based, Halsey is an extremely intelligent, extremely competent—and more importantly—older woman. I personally would love to see more of this character…especially if she were played by a woman of a certain age.

How did the Flood originate? The alien race assimilates everything making the Borg look like underachievers. When a Flood infects a human, the human becomes a Flood, which dwindles their enemies ranks and grows their own at the same time. It’s creepy. And creepy can be fun to watch.

What is the origin of the UNSC? The Master Chief’s chief, we’d like to know more about the UNSC’s chain of command. As we saw in Star Trek Into Darkness, there could be some very interesting stories there.

More SPARTANs. The UNSC created the SPARTAN program to patrol the colonies and quash uprisings—kind of like Star Wars, except here, the Empire are the heroes. As any fan of Halo would tell you, we’d like to see more SPARTAN action.

Life as an Elite? The Elites are one of the highest ranking races in the covenant. We know what training is like for Spartans—it’s hardcore. But what do the Elites have to go through?

Forerunner stories. We got a fistful of Forerunner weaponry in our faces during Halo 4, where we learned that they’re extremely tough and highly advanced. How did they get to be the masters of all they surveyed, down to the genetic level?