Whedon’s Next Movie: ‘the Most Romantic Film in the History of Time’ 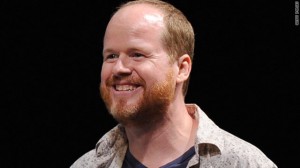 Writer/director Joss Whedon is still in post-production with the upcoming movie, The Avengers, to be released on May 4, 2012. But he won’t have much of a chance to unwrap his fingers from the director’s bullhorn. Next month, he’ll be starting his next movie, a supernatural romance.

“[Whedon’s] next movie, I start that next month,” Spencer revealed to us at Saturday’s Art of Elysium gala in Los Angeles. “It’s my first time [doing a project with Whedon], but I’ve always wanted to work with him. I’m so excited to do it.” What can we expect from the secret project? Spencer promised that more details would be announced in the next week, but teased, “It’s the most romantic film in the history of time.”

(The most romantic film in the history of time and a supernatural movie? My fangirl heart is all a-flutter.)

Whedon, who made his mark with the horror-comedy Buffy the Vampire Slayer, might not be known to the public as a director of romantic tales. But his many loyal fans, myself included, know that many of his finely crafted plots concern matters of the heart (with and without stakes).