Why Do Gamers Play One Game for Hundreds, Even Thousands of Hours? 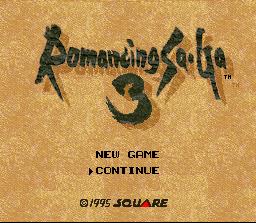 Endless Ocean: Blue World (EO:BW) is a Wii game that takes approximate eight to twelve hours to complete. Not Viki Kelly. She’s been playing EO:BW for over 250 hours. She’s far from finished. With an ocean to explore and sealife to explore it with, Kelly doesn’t see herself putting down the Wiimote any time soon.

Kelly is a gamer who thoroughly enjoys—and I do mean thoroughly—one game. For lack of a better word, I’m going to call it “monogaming.” And at about 250 hours of exploration, she feels she hasn’t learned everything there is to learn about her game.

With a few exceptions, it takes about eight and twenty hours to play a AAA videogame; James Fudge, the editor of Game Politics, said, “Most serious role-playing games require well over twenty hours.” But with multiple playthroughs with different characters, downloadable content, achievements, and mods, that time can easily stretch to fifty or one hundred hours. I’ve spoken to people who stretch even that. They’ve played one game for hundreds, even thousands of hours beyond the time which most people would have turned off their computers and walked away.

Fudge told me Civilization players could offer “staggering statistics” about the number of hours they put into their game, and as we know, one gamer played Civilization II, on and off, for ten years. Then there’s the elderly Japanese woman has played Bomberman for the NES to keep her mind sharp. She’s played every single day. For twenty-six years.

I don’t have statistics, but after quizzing friends, I learned that many of them have played games in excess of 100 hours, friends I didn’t realize were gamers. Because of this, I can honestly say there are more monogamers than I realized.

And I’m not referring to MMOs either. Although these gamers easily put thousands of hours into their favorite game, MMOs create new content for their players every few months. However, I spoke with gamers who play games that are mostly static experiences.

Here’s what I’ve learned about monogamers and their games of choice:

They play differently than the way the game was intended to be played.

Videogames have storylines or missions. Get from point A to point B. Keep your character alive while it moves from one level to the next. Monogamers don’t play that way. My interviewees seem to ignore the mission objectives in favor of exploration.

Kelly says, “I wander off and do my own thing.” That “thing” means she’s ignoring the plotline in EO:BW (about discovering the Song of Dragons) in favor of swimming in the ocean with the underwater fauna.

Stephen Purcell has logged over 1,000 hours in various incarnations of Pokemon, which yes, has frequent updates. But it’s the way that Purcell plays that interests me. “I always try and do/go whatever/wherever I can except for where I’m supposed to go.”

RT, who did not want to be identified, is an American teacher who lives in Japan. He played Xbox’s playing Grand Theft Auto IV for an unknown number of hours (estimated at 1,000), driving around the streets in various cars. He said, “I enjoy the freedom of play. No missions, no forced paths. Just fun. Any fun I want to have.”

Merv Dettra (Kelly’s husband) who has put over 10,000 hours into Command & Conquer (C&C) on the PlayStation 1, said, “The game is divided into two parts. One is just skirmishes you play against the computer, and the other part is you advance your various missions. I don’t like that. I just play me against three other opponents controlled by the computer.”

They play because they feel they still have something to learn.

After reading an article online about EO:BW, Kelly realized the author was discussing a questline she had never played, not even after one hundred hours of gameplay, “And I said, ‘Oh, that’s because I didn’t do that mission.’ So I went back and did it again. I followed the rules this time.”

Toni Rocca, who has played Romancing SaGa 3 (RS3) for what is likely over 2,000 hours, explained there are things he still discovers about the game, even after multiple repeated playthroughs, “where something can only happen under very specific conditions.” For example, if you follow a certain line of options, you meet a character with poor physical stats who had lost his hand when he was young. “There’s an item called ‘Silver Hand,’ which is an accessory that gives you some defense buffs. However, if you put that item on [Sharl], his physical stats (str, dex) suddenly become very high,” said Rocca.

BethAnn Bretter said she plays all of Bethesda Studio’s games, most recently Elder Scrolls V: Skyrim (and she has spent thousands of hours on each of them) “because I just want to see what it would be like if I did it a little differently, with different characters. I think there’s something to be learned from repeating a fantasy situation, to see different outcomes and possibilities. You can’t hit the reset button in real life.”

They play because it fills a need.

People seem to monogame for the same reasons that most people game in the first place.

Dettra said he enjoys C&C because, “It can still beat me. If I beat it it’ll come back and beat me again. I start from square one every time.” For him, it’s an intellectual challenge.