Why ‘Doctor Who’ Needs a Male Companion 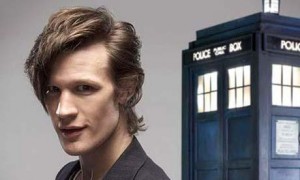 Yesterday Doctor Who producer Steven Moffat announced that actress Jenna-Louise Coleman will be boarding the TARDIS in Autumn 2012. Coleman’s character, Jemma Ryan, will be replacing Amy as the Doctor’s new companion. But after giving it some thought, I believe that this is a mistake. The Doctor should have a male companion.

I know what you’re going to say: The Doctor already has a male companion, Rory. But the fact is, Rory is Amy’s companion, only there because he loves “the girl who waited” (once by waiting for her for almost two millennia).

There were other men in the Doctor’s not-too-distant past. But Mickey too was more Rose’s tag-along than a companion in his own right, and he spent his time pining over Rose, who was too busy pining over the Doctor to notice him. And only a few of us remember Adam, a forgettable character who appeared in only two episodes (Dalek and The Long Game) before he was banned from the TARDIS.

What about Captain Jack, you say? He was a man (yes, quite a man), and he traveled with the Doctor to the end of the universe and a few points in between. He was, in fact, so awesome that he didn’t stick around; Captain Jack soon became head of the extra-terrestrial defense institute (and Doctor Who spin-off show), Torchwood.

Prior to the 1995 reboot, the Doctor had several male companions, including military man Brigadier Lethbridge-Stewart, conniving alien Turlough, boy genius Adric, and many, many others.

But since the 2005 reboot, the only male companions that the Doctor has had are Wilf (Bernard Cribbins), Donna’s grandfather, and Craig Owens (James Corden), who also only had two episodes, much of it stuck on Earth.