Why Dying Author Iain M. Banks Has My Undying Gratitude 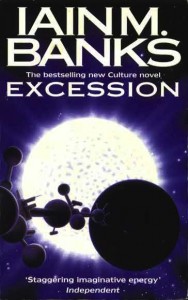 Popular Scottish science fiction author, Iain M(enzies) Banks, who also writes mainstream fiction under the name Iain Banks (no M), has been diagnosed with gall bladder cancer, and according to his statement, has only a few months to live. His upcoming book, The Quarry, will likely be his last.

I have cancer.  It started in my gall bladder, has infected both lobes of my liver and probably also my pancreas and some lymph nodes, plus one tumour is massed around a group of major blood vessels in the same volume, effectively ruling out any chance of surgery to remove the tumours either in the short or long term.

The bottom line, now, I’m afraid, is that as a late stage gall bladder cancer patient, I’m expected to live for ‘several months’ and it’s extremely unlikely I’ll live beyond a year.

I’m taking this news particularly hard, and not just because I’m a fan of his fabulous work. I credit the author of The Culture series for helping me find my husband.

My husband and I had met on Match.com in 1998, when Internet dating was still new enough to raise eyebrows. During the first day of my free one-week trial, I perused all the available the men in New York City. As I went down the list, not one of them had proclaimed a passion for science fiction. So I expanded my search…to include all of Europe.

I read profile after profile until I found the one man who mentioned any kind of genre love. And there he was: a Londoner who professed a love of Iain M. Banks. As it happened, I had just finished reading Banks’ Excession, a book that I had instantly fallen in love with. I emailed this stranger and soon fell in love with him too. And I would never had met him, or even noticed him, had he not mentioned Iain M. Banks (and Elfquest and the incomparable Barry Hughart).

In 2005, when writing for SciFi.com (now SyFy), I had the pleasure of briefly interviewing Banks in 2005. I asked him about his far-flung universe, The Culture, a universe so wide and wild that it defies description. (The closest I can come: It’s a hard science fiction series about an advanced civilization.)

When I asked him, “What does the Culture mean to you? Is it a metaphor, or is it just one wacky playpen?” he answered, “It’s my secular heaven, the place I’d like to go to when… well, while I’m still alive to enjoy it, actually.  Ain’t going to happen, of course, but, hey, a chap can dream.”

Then I told him about the instrumental part he had played in my marriage, and he asked, “Did you save me a piece of the wedding cake?” No. No, I had not. But it’s now my officially goal to track down Iain M. Banks and send him a it-sucks-you’re-dying-best-of-luck-winding-down cake.

It sucks you’re dying, Iain. Best of luck winding down.

According to The Guardian,

His publishers, meanwhile, are doing all they can to bring forward the publication date of his new novel, The Quarry, “by as much as four months, to give me a better chance of being around when it hits the shelves”.

In 2006, the author of The Player of Games, once famously missed a deadline because he was busy playing Civilization. After three months of building civilizations in the game world, rather than the world of fiction, he deleted his files and smashed his CD.