Why ‘Hitman’ Movie Might Not Be a Bad Idea 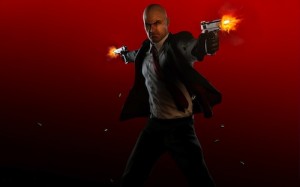 Hitman was a 2007 movie based on the videogame series by IO Interactive. It came and went quickly  in U.S. theaters, and the people who saw it generally disliked it. (Movie review aggregator Rotten Tomatoes gave it a 3.7 out of 10.) But thanks to a strong international showing, it earned an impressive $100 million. Considering it had a budget of $24 million, this can only mean one thing: It’s reboot time.

Kotaku suggests that the upcoming movie, Agent 47, won’t be a masterpiece (They titled their article on the subject, “For Reasons Unknown, Hollywood Thinks Another Hitman Movie Is A Good Idea.”) And considering the movie “will be directed by Aleksander Bach, a highly regarded commercials director making his feature helming debut,” it’s already hard to keep an open mind.

But Kotaku’s reason for their criticism doesn’t jibe with me: “[It was b]ased on a franchise that was popular in 2007, but which has had some of the shine taken off with the lukewarm reception to its most recent game.”

I was one of the people who enjoyed the gameplay of Hitman: Absolution. The most recent game in the Hitman series at its best was tense and dramatic, although at its worst, it was ridiculously sexist. Barring the unfortunate Saints, a direct translation of the game–about an assassin who has to protect a girl from multiple sinister forces–could make a reasonably good movie.

If nothing else, it could be big in Japan.

According to Deadline, Agent 47 will star the demographically desirable Paul Walker, better known as Brian O’Conner from The Fast and the Furious series, and will shoot in Berlin and Singapore this summer.