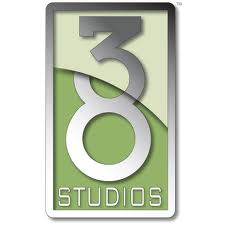 As we all know, the state of Rhode Island loaned 38 Studios $75 million on the condition that the video game developers create 450 new jobs over the next three years. As we also know, 38 Studios could either make a payment or keep its staff, but not both. The loan was serviced, but the staff was let go en masse on May 24. If you’re a taxpayer in the state of Rhode Island who is looking down the barrel of a multi-million dollar default, you might be feeling a little testy now. But despite evidence to the contrary, this incident could be good for Rhode Island in the long run.

Timothy Loew, the executive director of the Massachusetts Digital Games Institute (MassDiGI), sees a silver lining in the clouds over Rhode Island. “When a game company falls apart, quite often what happens is a lot of new games companies start up. So it wouldn’t shock me if, in a month or two months, there are more games companies in Providence as a result of this than there were a month ago.”

In other words, Rhode Islanders might not get their loan paid back, but new games companies may eventually stimulate the economy of the state, potentially more so than 38 Studios would have.

For example, Boston-area Looking Glass Studios fell apart in 2000. But its alumni either created or went on to work for other games companies in the same area. An incomplete list includes Irrational Games (Bioshock), Harmonix (Rock Band), Mad Doc Software/Rockstar New England (Empire