World of Warcraft May Protect the Aging Brain 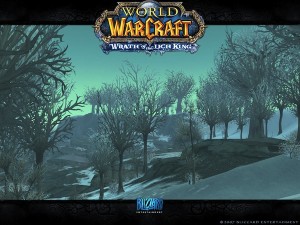 There are claims that video games can be bad (and good) for the development of young minds. But what about the elderly and the problem of age-related decline? In a recent study, researchers at North Carolina State University’s lab, Gains Through Gaming, learned that the aging brain may benefit from video gaming. Specifically from the famed massively multiplayer online role-playing game (MMO), World of Warcraft.

For the one or two of you who are unfamiliar with World of Warcraft (WoW)—after all, with 10.2 million subscribers, it’s noted in the 2009 Guinness Book of World Records as the world’s most popular MMO—it’s a fantasy-based video game where players interact with the environment (quests and combat), as well as other players.

Researchers have taken notice that MMOs, as opposed to fast-paced first person shooters, can appeal to older players. As io9 writes, “Players can learn the game at their own pace, it’s socially interactive, and gamers can play for hundreds of hours and still find themselves presented with novel challenges.”

Gains Through Gaming tested thirty-nine adults between the ages of 60 and 77 for certain cognitive abilities, such as spatial reasoning. After, they were split into two groups: one of the groups played WoW for an hour a day for two weeks, while the control group did not. After two weeks, both groups were retested.

The researchers found that, as a whole, the WoW group saw a greater increase in cognitive performance than the control group, though improvements tended to vary on a person-to-person basis. Interestingly, the volunteers who saw the greatest improvements in cognitive abilities were those who had scored lowest on the initial, baseline test that had been administered two weeks prior.

In other words, explains [Jason] Allaire [of the Gains Through Gaming lab], “the people who needed it most saw the greatest improvements.”

So the next time you want to get granny a gift, give her a WoW account and show her how her paladin can take down her undead targets with Exorcism. Just make sure you don’t put her in the PvP realm. You don’t want to be ganked by your own grandmother.