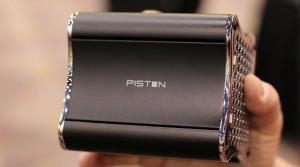 A few weeks ago, games publisher Valve announced that it had invested in modular PC maker Xi3, and gamers have been waiting with fascination for more info ever since they came out in public. Since then, their status has changed to “it’s complicated.” It’s become apparent that Valve has at least one other significant other.

At CES, Xi3 announced the Piston, a “development stage product…designed specifically to support [Valve’s] Steam and its Big Picture.” And it would do so in a compact, living room-friendly package.

It seemed like the perfect corporate romance, and it set the Internet rumor mill ablaze. But Last week, Valve announced that it’s not involved with Xi3. Valve’s Doug Lombardi told Eurogamer that Valve “had some dealings with Xi3 Corporation, but not any more.”

“Valve began some exploratory work with Xi3 last year, but currently has no involvement in any product of theirs,” he said.

In other words, Valve was saying that Piston wasn’t its baby (or at least, not the one it’s planning to show to the world in a few months). So what is Piston, if it’s not the prototype of Valve’s Steam Box?

Jason A. Sullivan, founder, president and CEO of Xi3, wrote in a statement published by Kotaku,

…[W]e were asked to build a product specifically for Valve, and both companies showcased this product—the Piston Console—in their respective booths at CES 2013. Then, during a meeting with Valve at CES, Gabe Newell personally asked me that we not disclose additional information about our relationship with Valve.

To take my relationship analogy further, it’s as if Valve had asked Xi3 to keep their relationship on the down-low.

I reached out to Xi3 for an interview, but at the time of writing, no one has responded. But PC World recently spoke to Xi3’s chief marketing officer, David Politis. PC World wrote,

Despite last week’s blow-up, Xi3 hasn’t ruled out working with Valve. “It’s always going to be up to them what their relationship is with us,” Politis said.

In the meantime, though, let’s be clear: Nobody’s breaking up with anyone, and this is not the momentous drama it appears to be. All it means is that the Piston is not the Steam Box that Valve plans to release. It’s still a Steam Box, and its design was the direct result of a commission from Valve to Xi3. (After all, Xi3 named their machine “Piston.”)

Gabe Newell has said anyone will be able to build a Steam Box. This includes Valve itself, although the company has never before been involved in the hardware market. From Newell’s comments, Valve’s own Steam Box will be different than Xi3’s version. Piston, available for pre-order at $899, features an SSD, 8GB memory, and a 3.2Ghz quad-core R464 AMD processor (equivalent to an A10 with integrated 7000-series graphics) and will come with Windows.

Meanwhile, Valve’s version will run Linux–and no other specs are currently available. The still-not-publisher of Half-Life 3 is of course no stranger to furious speculation about its intentions. But I would guess that Valve is targeting a price point closer to that expected for the PS4—perhaps like the one I priced here, which proves it’s possible. If there’s a difference of opinion, it might just be that Xi3’s offering, an ambitiously compact and low-power design, just doesn’t hit the price point Valve had in mind for its own branded offspring. (That, and the Windows thing.)

But if Valve is still planning to release a console of their own, and Xi3 isn’t making it, someone else must be the father.

Adding fuel to that fire (or since we’re talking Steam, water), associate marketing manager of MSI Alex Chang spoke last week about the impact Steam Box could have on the PC gaming industry:

It’s kind of expanding the PC landscape in terms of slowly pushing the gap between the average console users that may not ever want to touch a PC versus some of the hardcore PC gamers that will never want to touch a console…It’s definitely exciting. I’m interested more in will people be interested in PC hardware and upgrading and the modifying perspective. Because as you know, consoles—once it’s out—it’s stuck for several cycles of [PC] hardware upgrades until the next set of consoles comes out.

Clearly, MSI thinks Steam Box is going to be very good for their motherboard and GPU business. Unless this is just wishful thinking—OEMs like MSI don’t have a role to play in the walled gardens of the Playstation, Xbox, or Wii—it suggests at least one other contender is thinking about building a Steam Box entrant. Which according to Newell, in The Verge, is the point:

…[W]e’re going to add the best value and then encourage other people to do it. So it tends to mean that a lot of people get involved. We’re not imposing a lot of restrictions on people on how they’re getting involved.

To take my relationship analogy even further than before: By using the words, “a lot of people get involved” and “not imposing a lot of restrictions,” it seems that Newell wants Valve to have an open relationship…

…With everyone. Group hug!