55+ Living: How to Get Your Grown Child to Move Out 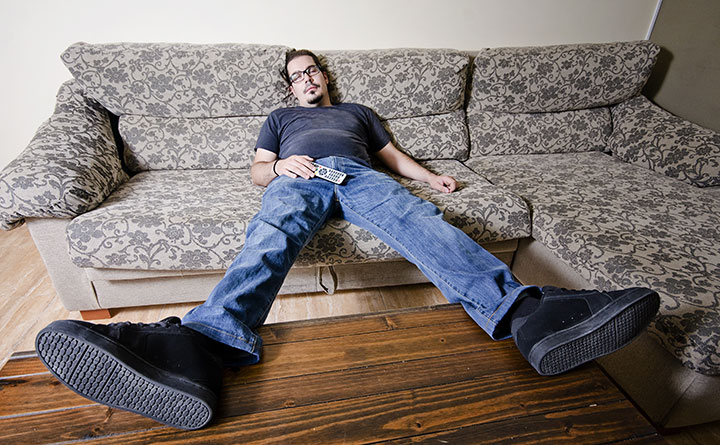 You’re not alone if you’re wondering how to get your grown child to move out. At this point, most Americans know an adult who lives with their parents. In fact, as of 2016, a full 15 percent of Millennials – 25- to 35-year-olds – were living in their parents’ home, according to the Pew Research Center.

Unemployment (and its ugly cousin, underemployment) may have contributed to your children staying at home well into adulthood. A lack of affordable housing in some areas may have caused your adult children to boomerang – that is, leave home only to return. However, in some cases, the reason your children have failed to launch … is you.

Is this the scene at your house? Read on for some solutions.

1. Don’t Make Their Lives Too Comfortable

“I think kids are staying because parents are making it too comfortable,” said Tema “Rhymes with Dilemma” Nemtzow, a Connecticut-based licensed clinical social worker.

Adult children may have been forced by circumstances, including health woes and relationship troubles, to seek refuge in their parents’ abodes. But those aren’t the reasons they have firmly taken root.

“Parents are really giving the kids the privilege but not the responsibility of adulthood,” Nemtzow said.

2. Don’t Do Everything for Them

Parents aren’t just letting their adult children live with them. The adult children don’t have the curfews or chores of their childhoods. The parents cook their meals and do their laundry. And they allow their children to have, to put it delicately, overnight guests.

As psychologist Shavaun Scott said: “Don’t do everything for them. Why does anyone want to leave the home when parents pay for everything, and do all the work, and provide an allowance and a vehicle? They have no incentive to be independent.”

Which is why Nemtzow and Scott advise that parents shouldn’t make the lives of their adult children idyllic if they ever want them to leave. And if you’re the kind of parent who has kept your children reliant upon you, even with the best of intentions, it’s time for you stop.

3. Charge Them Rent – and Dangle a Refund

“All parties should be on the same page,” she said. “Everybody knows what the plan is and what the incremental stages are. Make it as specific as possible, and write it down on a calendar or some kind of timeline.”

Nemtzow also recommends putting some of your child’s rent money aside – then giving it back to them when they leave. “You give them first month and last months’ security. That’s one way to get them out.”

4. Set House Rules and Stick to Them

Stay firm about your house rules. Alfred Poor, a full-time technology speaker and writer, had his adult child live with him temporarily. It worked out well, Poor said, “because the key is to respect (your children) as individuals and to expect respect in return. Your house, your rules. And if they are going to share that house, they have to contribute.”

In Poor’s case, the grown-up in question kept their end of the deal by cooking and cleaning.

5. Get Them Help If Needed

Another point to consider is that your adult child may need help in other ways. For example, Scott says, “If there’s a skill deficit that’s getting in the way, hopefully, the parent can become aware of it and get the kind of help or coaching that’s going to help them.”

So, if your adult child has job qualifications yet does poorly in job interviews, consider hiring a counselor or a job coach to help with pointers.

6. Maybe Get Yourself Help, Too

Unfortunately, getting a grown child to move out may not be as simple as setting ground rules and charging rent. Sometimes, unhealthy family dynamics get in the way.

Nemtzow explains: “If I really wanted an adult out, I would say, ‘I want you out. You have this amount of time to do it.’ If the person is reasonably adult, they’ll leave. If they say, ‘I don’t want to go,’ you say, ‘The only way to stay in my house is to go to family therapy,’ and they’re gone like the wind. You think they want to explore that? That they’re being told by an outsider that they’re being parasites?”

In the worst-case scenario, you don’t need to help your child. Instead, Scott said, “Take a hard look at yourself. Why have you created this situation?”
The parent may be getting some benefit from the arrangement, Scott said, even if it’s that they’re not alone. If this is the case, therapy with a compassionate yet firm therapist is your best bet in reclaiming your home…and the rest of your life.

Then, perhaps one day, after you’ve pried your child from their childhood home, you’ll want them to stay. For a visit, that is.