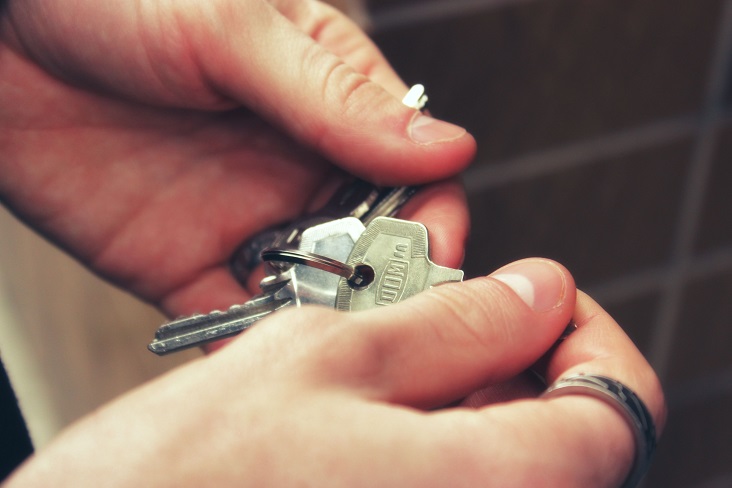 Cheap rent in New York City isn’t mythical, like a unicorn. It’s rare, like a unicorn startup. And the best way to live this rare, yet obtainable, New York dream is to acquire a rent-stabilized apartment. Think about it —it’s cheap rent in one of the most expensive cities in the country. Even better—the rent can only increase according to guidelines regulated by the city. Why wouldn’t you want a rent-stabilized apartment?

Because as tenants know, this cheap rent comes at a price. Rent-stabilized apartments have one very particular flaw: The property manager is required to provide essential services. Nothing. Else. According to New York City-based lawyer Mitch Alter, “If the owner meets these minimum conditions, the owner doesn’t have to go beyond that….to satisfy the housing code.” That means every fixture in your apartment will be functional—not aesthetically pleasing.

For example, the property manager is required to paint your apartment every three years. But they’re not required to scrape the old paint. After years of build up, you have walls that would challenge anyone who enjoys smooth surfaces. As Alter put it, “You don’t like the color paint? Too bad.” Don’t think about changing the paint yourself. You need permission from your property manager, who can be reluctant to give it.

It’s not just a question of aesthetics, either. Tenants live with cracked tiles, rotting wood, worn carpets, and poorly insulated windows, all potential health hazards. But to get these repairs, a tenant may have to take their property manager to court (and prove the health hazard).

In some cases, the property manager of a rent-stabilized tenant is all too happy to make repairs—sometimes unnecessary ones. That’s because it’s the one way they can legally increase the rent. Alter said, “It’s called a major capital improvement,” a.k.a. MCI, and it includes improvements to the building or the apartment itself, such as adding a new roof, rewiring the electricity, even replacing the bathroom taps.  “The landlord…can charge a tenant for a percentage of the work that’s done. And the apartment becomes expensive,” he said.

Another reason to not want a rent-stabilized apartment: Landlords can be hostile. This is particularly true if the rent is low in a neighborhood that commands higher rents. New York City is rife with stories of property managers who use neglect, to straight-out harassment, to rid themselves of rent-stabilized tenants.

So, what with shoddy fixtures and a glowering landlord, why would you consider having a rent-stabilized apartment?

Stefan Capan, who is both a Licensed Real Estate Broker and a rent-stabilized tenant, said, “To me, that’s like asking, ‘Why would I want to date Amy Adams?’ In New York City and New York State, a rent-stabilized apartment is like owning a piece of the rock.” A rent-stabilized apartment is indeed rock solid, as eviction is complicated and rare. Alter said, “The landlord can’t throw you out. The landlord has to have cause.” Causes include a tenant who is a nuisance or an owner who want to occupy the apartment themselves. “That can be very difficult to prove in court,” he said.

Plus, your lease holds even if the owner sells the building. As Capan said, “That renewal privilege supersedes any changeover of ownership or management of that building. The building can be sold any number of times, and the landlord can’t touch your lease as a rent-stabilized tenant.”

The only surefire way for your rent-stabilized apartment to become deregulated: when the rent exceeds $2700 a month AND your total household income is over $200,000 a year. Adios, regulated rent.

There are 1 million of these apartments in New York City. But finding one can be a challenge, as most real estate search engines don’t include a filter for rent-stabilized apartments. (Try Craigslist.) “You need boots on the ground.” Capan says, “You need to do your research, get out there, meet people, and talk to brokers.”