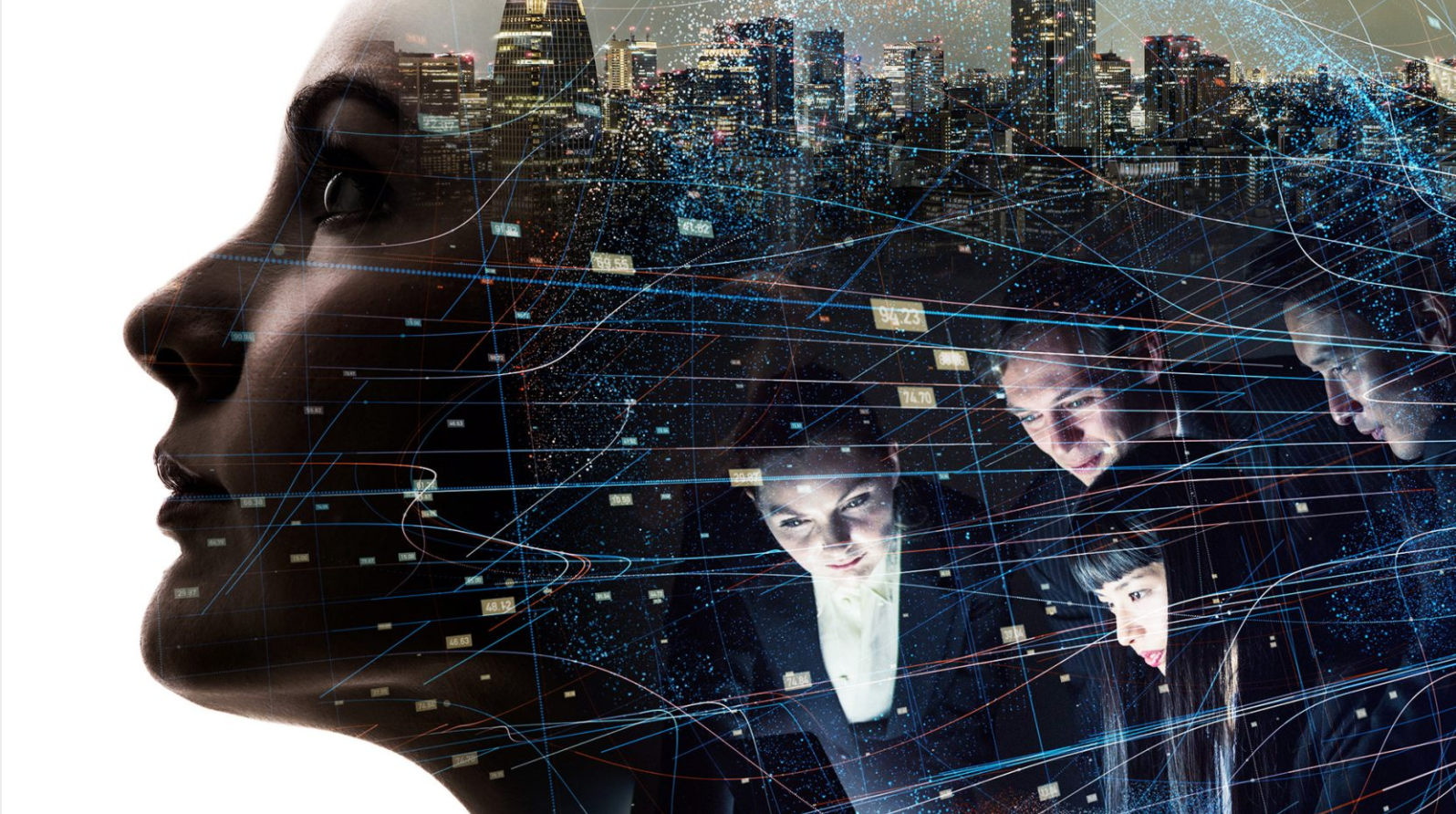 What were they thinking?! These erroneous guesses about tech in 2018 would shatter any crystal ball.

It’s getting harder to predict the future, what with entrepreneurs creating companies based on the pairing of trendy buzzwords (for example, Uber + edibles = UberEats). But that doesn’t stop market analysts, trend spotters, science fiction writers, and technology journalists from venturing their reasoned guesses about the next techno trends.

Accurate prognostications deserve a high five for a job well done. But it’s the failed guesses that are most interesting. It gives us a reason to reflect on why the market made twists and turns rather than going boldly forward.

It also gives us an opportunity for snarky commentary.

We found four predictions (made in late 2017) of notable technological achievements expected for 2018. None of these predictions are close enough for horseshoes and hand grenades. But they do make for some amusing what-iffing. Even more amusing: our predictions for 2019.

Celebrities will influence purchasing decisions in augmented and virtual reality

Chris Cunningham, founder of C2 Ventures, saw 2018 as the year the two buzzwords “AR” and “celebrities” would merge and become a super-powered marketing tool. He wrote, “Right now, celebrities and influencers metaphorically stand behind products. In 2018, you’ll start seeing them standing right beside it. They’re going to show you how to get to the store and walk you down the aisle, all while holding a two-way conversation.”

Following up in a phone chat, Cunningham acknowledges, “That was atrociously wrong.”

You cannot blame Cunningham for considering the possibility. Influencer marketing is a time-honored tradition: The first celebrity endorsements came more than 250 years ago, when Wedgwood pottery received a royal thumbs-up from Queen Charlotte, wife of George III, in 1760.

However, despite its usefulness in the real world, VR and AR have one real drawback, Cunningham says: “It’s still a high-price point of entry.” VR, in particular, hasn’t actually become the must-have tech toy forecasters had predicted.

Celebrity endorsements also come with high price tags, and brands need to afford all that star power. While the two most well-established VR companies, Oculus and HTC, may be able to negotiate celebrity deals, they seem uninterested. As Cunningham says, “The VR/AR space is being dominated by smaller players.”

Cunningham says “a bridge between fans and the person they want to follow” will happen when innovation brings price points down. But, he admits, “that’s the hard part: calling the timing.”

In addition, 2018 has seen the rise of micro-influencers, meaning people who have as few as 1,000 social media followers. If these people are passionate about, say, mechanical keyboards and have friends who are equally passionate, a keyboard company could reach more potential customers with a micro-influencer than through any celebrity endorsement.

Besides, celebrities are too busy throwing shoes at each other to snag an endorsement deal.

Thanks to VR, you will be able to interact with well-known-yet-artificial celebrities like Cortana.

But when you do, your goggles will draw power from you in order to change you into a human battery.

Thanks to automation, security will become simpler to use

The Institute of Electrical and Electronics Engineers (IEEE) got the first part of its two-part prediction right: “Automated and artificial intelligence-assisted protection measures will make security less intrusive…”

That’s a fact. Smartphones used to require the scan of a thumbprint or, gasp, physically typing in a password before you could tap that app. Now, iPhone users merely wave their phones in front of them, 30,000 infrared dots invisibly caress the user’s face, and the phone opens itself up to its master. If it’s an uncomfortable thought, remember that it’s a small price to pay to not have to burn a single calorie.

But, oh, the second part to the IEEE’s prediction: “…reducing the burden and dependency upon users to perform and make decisions about security-related actions.” If this prediction were true, our decision-making burden would actually be reduced.

Yeah, it’s easier to use these protective measures. But they also make you potentially less secure.

For example, take iPhone facial-recognition technology: If a law enforcement official wants you to unlock your phone, you can still refuse to offer your thumb. But the police can simply unlock your phone by holding it up to your face. If you’re security minded, you must actively turn off Face ID. And that kinda defeats the purpose.

Then there are home assistants (also known as smart speakers), such as Amazon Alexa, Google Home, and HomePod. Using only your voice, you can create a to-do list, find out sports scores, or even learn the spelling of a word you can’t google because you don’t know how to spell it. But when they’re not assisting you, those home assistants can listen in on your conversations or, just as bad, assist someone else.

Also, security may be less intrusive than it used to be, but no matter how secure a device is, your personal information will be compromised when you freely offer your name, email address, and date of birth in order to take a quiz titled “Which Harry Potter House Do You Belong To?” (Ravenclaw.)

Our security prediction for 2019

Automated security technology will reduce the burden of most user interaction. But when you finally have a request, it will respond, “I’m sorry, Dave. I’m afraid I can’t do that.”

Cryptocurrency will be widely accepted

Despite the fact that the best way to describe cryptocurrency to your mother is “invisible math money,” it has some serious benefits over coin of the realm. Your transactions remain anonymous, which is handy if you don’t want “Adult My Little Pony Toyz” on your credit card bill. It’s also a currency that is not regulated (yet), which means that only you own your money and your government can’t access it (yet). Best of all, anyone with a high-quality graphics card, as well as inexpensive electricity, can mine their own cash.

The most popular digital currency is Bitcoin, currently worth over $6,000. That means people who traded (or mined) for 1,000 coins in its infancy, when it was worth 30 cents, are now 6 Million Dollar Men and Women. Yes, Bitcoin is now too expensive for a casual purchase. But with 1,600 different currencies to choose from, your next cryptocurrency investment may prove Lambo-worthy—that is, worth a Lamborghini.

Like this article? Join over a million subscribers to our weekly newsletter.Sign up now!

Last year, Business Insider predicted you’d pay for your cappuccino by opening up a digital wallet, rather than a physical one. Sadly, it didn’t read the tea leaves right.

Cryptocurrency is volatile, and although the fluctuations in value that cryptocurrencies experienced this year have made them exciting to speculators, it also makes them less appealing as a form of exchange. Businesses are shying away from cryptocurrency, which can drop as much as 17 percent in a single day. It’s why the ultra-popular video game distributor Steam said “Game over” to accepting cryptocurrency as payment.

As a result of this volatility, adoption of Bitcoin and other currencies such as Ethereum or Litecoin has not been as universal as pundits had anticipated for 2018.

Also, although thieves may not be able to pick your pocket, your cryptocurrency is still vulnerable to theft in the form of hacking. And because it’s unregulated, it may be more attractive to digital muggers who don’t want to sully their hands with an actual mugging.

Our cryptocurrency prediction for 2019

AI-based cryptocurrency will evolve and take control of your purchasing decisions: “No, I will not let you buy that shirt. It makes you look fat.”

Smart clothing will be en vogue

You don’t use wearable technology. Instead, you adorn yourself and the wearables do their work. They monitor your heart rate, stress levels, posture, and even the quality of your sleep. Wearables are most commonly worn on the wrist, but you can find technology embedded in rings, jackets, and shoes.

You could argue that endoscopic imaging capsules are a wearable, because after you swallow one, you wear it in your colon.

Wearables were a $10 billion business in 2017. In early 2018, wareable.com made 50 separate wearables predictions, all of which boiled down to, “These boots are made for walking and for tracking your distance.”

It’s here we should mention that wearables are one of the oldest tech trends we know, as people began pocketing watches as far back as 1462. We should have predicting wearable trends down to a science by now, right guys? Guys?

According to trends expert Daniel Levine, wearable technologies are not dead. “But they haven’t become ubiquitous. There’s a slow uptake, and we’re seeing more of it, but it didn’t take over the world like the smartphone did.”

However, Levine expects to see wearables become the fashion choice for the fashionable when wireless charging becomes ubiquitous. After all, who wants a pair of socks you have to remember to plug in?

Our 2019 prediction for wearables

Smart socks will walk their way to the outlet, where they can plug themselves in. By 2020, they will agree with your AI that your shirt makes you look fat.