5 things we need to conquer to accelerate space exploration 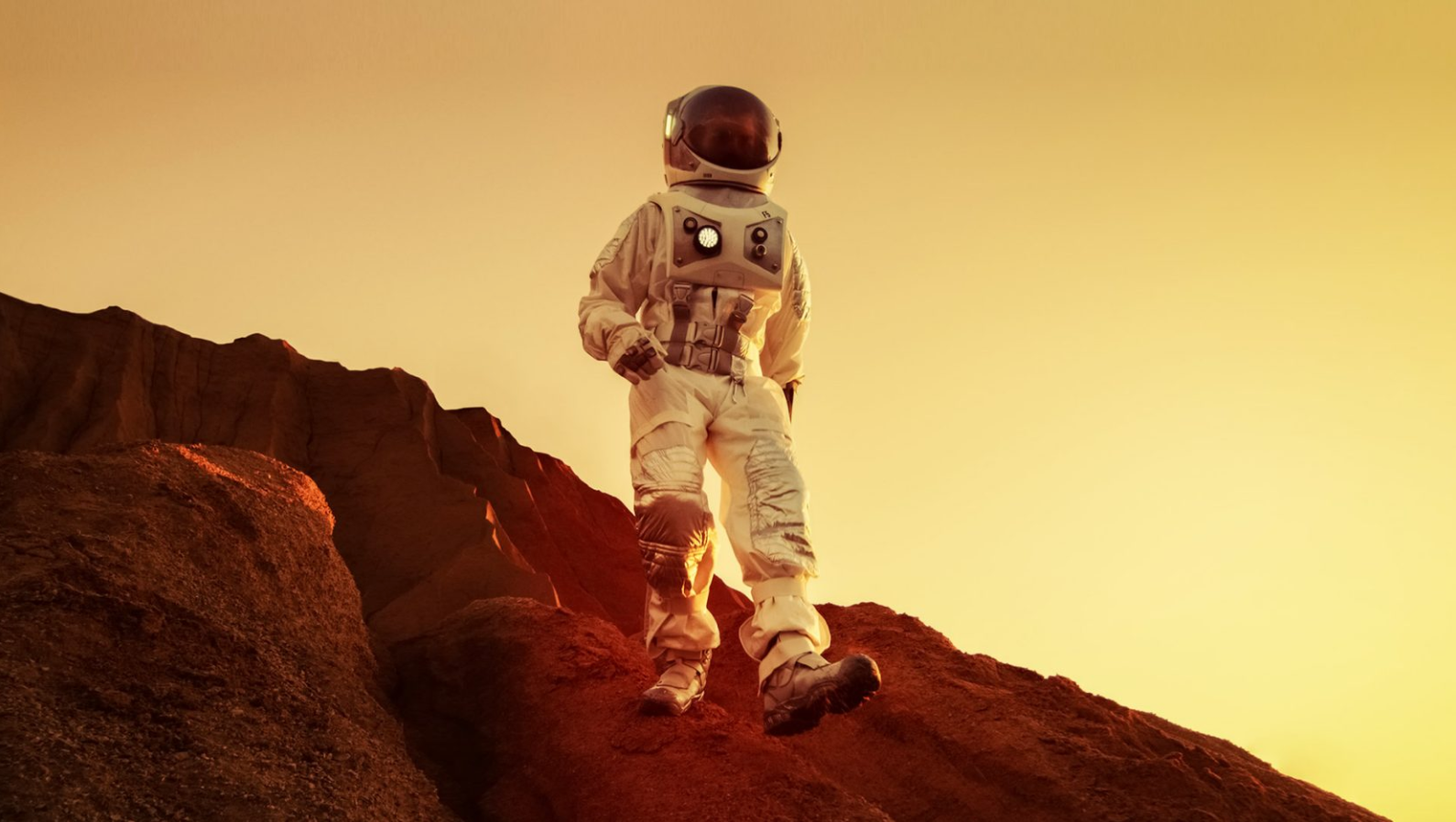 Sure, everyone wants to see Planet Earth in the rear-view mirror. But we won’t achieve that goal until we first cover these particular bases.

Space is a mere 100 kilometers above us. Except for a few highly trained astronauts and cosmonauts, and even fewer deep-pocketed tourists, outer space is literally the place we have not gone before, boldly or otherwise.

At the Economist Space Summit, held Nov. 1 in New York, panelists shared their insights about space exploration, NASA’s strategies, and what we need to get to the final frontier.

The computers that run the International Space Station (ISS) are specially treated to protect them from the vagaries of low gravity and cosmic rays. Although those computers are hardened like steel, they’re far from cutting edge. Many of the computers NASA uses are a decade old by the time they make it up to space, according to Dr. Eng Lim Goh, Hewlett Packard Enterprise’s vice president and CTO for high-performance computing and AI. What space needs is a supercomputer that isn’t superannuated.

Toward that end, Goh helped develop the Spaceborne Computer, which recently accomplished its one-year mission of proving that a commercial off-the-shelf supercomputer can survive space’s harsh conditions. During its mission, Spaceborne “[achieved] 1 teraFLOP (a trillion floating-point operations per second)” in the non-optimal conditions of space, and it did so using autonomous software, Goh explained. The Spaceborne Computer took a licking (“one power supply failure” and “four reboots”), but it’s kept on ticking.

Goh announced at the summit that the team is opening up its supercomputing services to space explorers and experimenters. Goh called this new development “Above-the-Cloud Services” because his computer is on the ISS above the clouds, and sadly, when jokes are explained, they’re not nearly as funny.

“You have high-bandwidth sensors that are collecting data up in space, and a thin and intermittent ‘wire’ [here, he used air quotes] connection back to the earth,” Goh said. The Spaceborne Computer, however, can circumvent the need to transmit unprocessed data back to terra firma. This reduces the amount of data to send back to Earth, as the astronauts will only need to send back processed results, rather than bulky raw data.

The need for processing services is important in the station’s low earth orbit. It’s even more important for Mars missions, where data has farther to travel; it will take as long as 22 minutes to transfer data back to Earth.

If the Spaceborne Computer can prove it has the right stuff, it will eventually make its way to Mars, where it will use GPS to precisely land crafts and help build colonies.

The Spaceborne Computer won’t be running mission-critical systems. That’s OK. We all know what happens when you put artificial intelligence in charge of the airlocks.

“We need kids who are proficient in science, technology, engineering, math, and computer science,” explained Ellen Stofan, director of the Smithsonian National Air and Space Museum. “It is a workforce issue. Careers of the future are technology careers, and space is something that inspires kids to go into those careers.”

The need for STEM education doesn’t just impact the future of the space industry. By 2025, the United States will have 2 million unfilled STEM jobs in manufacturing alone, according to a survey conducted by Emerson. A lack of workforce could grind the gears of industry to a halt and potentially bottom-out America’s bottom line.

The good news is that several public organizations are committed to encouraging students to pursue STEM education with a focus on space. NASA has a plethora of projects, including its Zero Robotics competition for middle- and high-school students, wherein the winners run their code on the ISS. The Girl Scouts of America created badges to encourage future space cadets, who perform activities such as operating a telescope and observing the night sky. And Teachers in Space teaches teachers to instruct students on creating experiments that are flown on microgravity balloons, high-altitude flights, and in two cases, the ISS. [Editor’s note: For transparency, the author is a member of the Teachers in Space board of directors.]

With a 2018 budget of $19.1 billion, you would think NASA has enough money to send anything and everything it wants into space. You would think wrong, puny human. “One of the challenges is the huge cost of everything,” said MIT planetary scientist Sara Seager. For example, while using a toilet on Earth costs a couple pennies in toilet paper, using a toilet in space costs $19 million. The difference in price is some serious shit.

But these days, NASA isn’t the only game in space. Along with the public successes of SpaceX, with 17 launches so far this year and a Tesla Roadster driving past Mars, the private space industry is rapidly expanding and attracting investment.

According to Oliver Morton, editor at The Economist, “VCs are turning their attention to space. I think the reason for that is…space is a wide-open space and investors are willing to take risks.”

Space companies received $3.9 billion in investment in 2017, and according to industry analysis by investor group Space Angels, $1 billion has been invested in 2018 in space launch companies alone, with a further $370 million going toward satellite businesses. The group now tracks more than 1,300 businesses, from relatively new startups like Vector Launch to established players like NanoRacks.

The VC dollars started in earnest in 2015, when $1.8 billion was invested in commercial space businesses overall. According to Fortune, these investments “nearly doubl[ed] the amount of venture cash invested in the industry in all of the previous 15 years combined.”

It should be noted that most of the money going into private space enterprises are currently focused on small launchers and satellites rather than human spaceflight. However, companies like SpaceX and Blue Origin have plans to put space boots on the space ground.

We’ve known about the physical hazards of space since 1961, when Gherman Titov, the fourth man to visit space, became the first one to vomit from space sickness. Bone and muscle loss, as well as a dullness in taste and smell, are also the price of admission beyond the veil. But as missions grow in length—a trip to Mars should take 21 months, a time in weightlessness achieved by only nine people—so do the risks.

Dava Newman, Apollo Professor of Aeronautics and Astronautics at MIT, warned that radiation is one of the biggest challenges to surviving and thriving in space. Once spacefarers pierce the atmosphere, they’re subject to radiation from solar particles and cosmic rays, which increases the risk of cancer in the long term—and acute radiation sickness mid-mission.

NASA has current plans to keep its astronauts well-dressed, with a radiation vest, too. In the future, perhaps, a radiation shield in a Mars transfer orbit and even underground colonies on the Red Planet will keep us from developing unsexy mutations.

Newman also touched upon a growing concern of long-duration flights: eyesight. The fluid and pressure shift of weightlessness has impaired the ocular nerves of 20 percent of astronauts stationed on the ISS.

The effects seem to be short term, but to make sure all is 20/20 clear, NASA created the Prospective Observational Study of Ocular Health in ISS Crews. The results are currently pending, but astronauts are looking forward to seeing them.

Social and political guidelines. No, really

When people populate space, they will bring along their human accomplishments—and human shortcomings. Policy researcher Danielle Wood said we need some guidelines upon which to build our brave new world. Wood asked difficult questions: “Who has access to the water and food?” “How do you engineer a fair human environment?” “Do we need to set aside parks?”

No one has the answers—yet. However, when we do plant a flag on the Red Planet, or the Moon, or even orbital habitats, we should have already agreed upon what it means to be a spacefaring civilization. ““Everyone should benefit from space,” Wood said. “Space is the province of all humankind.”

Stephen Jurczyk, associate administrator of NASA, said spacefaring countries have a planetary protection policy, known as COSPAR, which states that no country will contaminate space.

Is there an enforcement mechanism to ensure that no country or company releases some sort of Earth-based Andromeda Strain on a planet or exoplanet? No, but “the most important aspect of [COSPAR] is shaming,” Jurczyk said.

Oh, and don’t call our future home a “colony.” When you think about it, that word should be left behind in the 18th century.