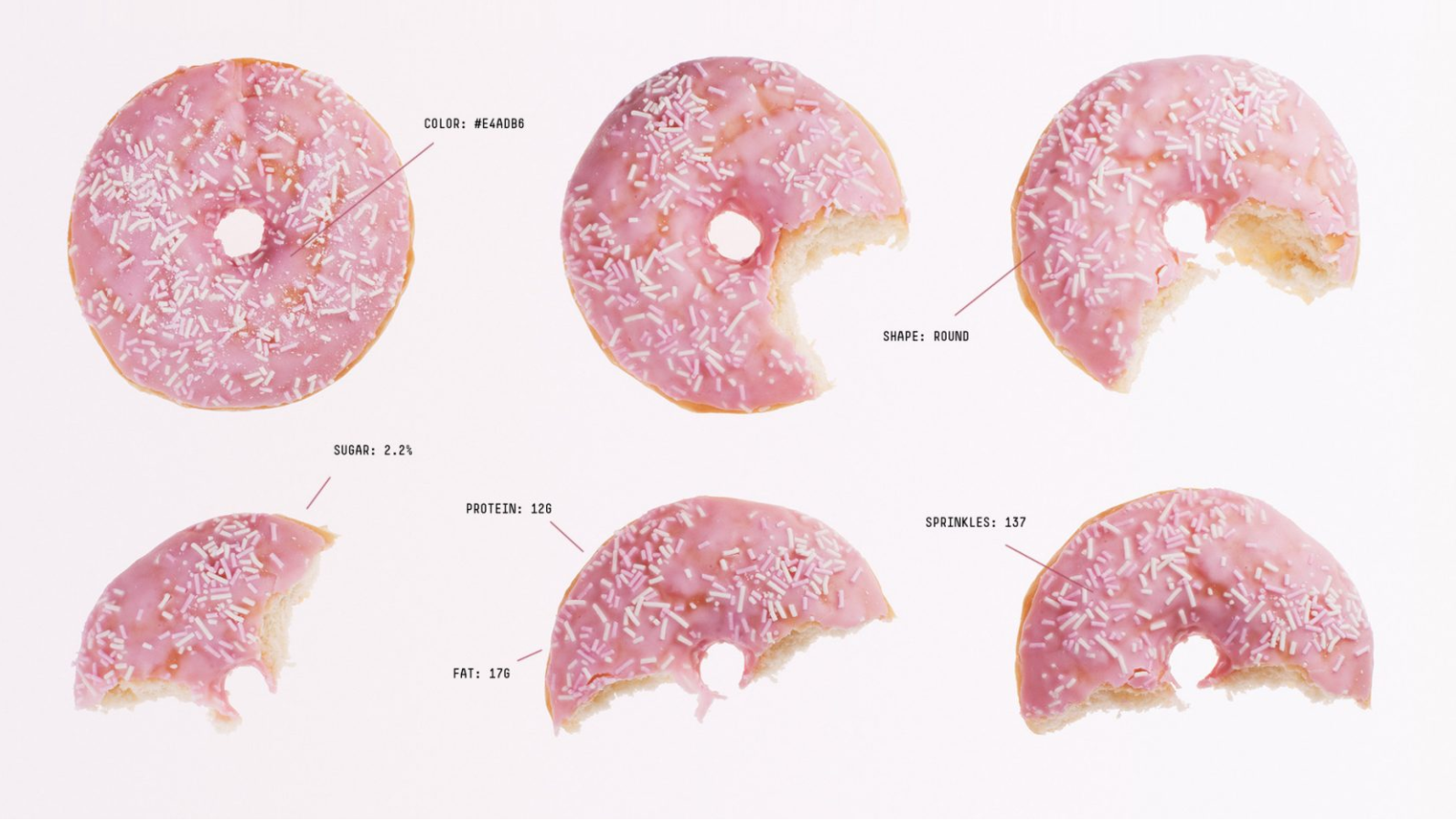 Big data takes a seat at the (dining) table.

And now, we’re doing food better than before, thanks to big data.

Big data, the science of compiling unwieldy bulk information and turning it into bite-sized chunks of manageable information, has revealed some extraordinary knowledge across every industry. It’s done everything from spotting market trends and detecting fraud to searching for lost aircraft.

The insights gleaned from data are bringing yummies to your tummy more efficiently than ever. With these revelations, who knows? Maybe food and agriculture will turn into an $8.1 gazillion industry.

Here are six ways in which big data is delivering insights to your table.

Let’s say the price of steak has gone up. What’s a restaurateur to do?

One solution is to beef up the price. But with predictive analytics—courtesy of data gathered from restaurants, such as point-of-sale systems, loyalty programs, and reservations—a restaurant owner might learn that, in some cases, it’s better to increase the scratch on chicken.

You can increase the price on people who order chicken to offset the rising cost of beef without affecting the beef customers, says Rom Krupp, CEO of Marketing Vitals, a cloud-based restaurant intelligence company. The beef customers might be less elastic, he explains, “so if you raise your price, you might lose them as customers. We have machine learning technology that understands the behavior of every customer and predicts how they respond to change.”

“In the point-of-sale data, there’s a customer’s voice,” adds Krupp. Someone who orders a burrito as a salad is telling restauranteurs they’re not looking for the flour tortilla. Although it’s not clear whether the customer is gluten-free or carb-averse, it’s a data point nevertheless. “There’s a customer’s voice in the data that is underutilized, and we tap into it,” he adds.

There’s a lot to tap: In 2017, the restaurant industry was valued at $799 billion in the United States alone.

And speaking of taps…

The 2017 U.S beer market was worth $111.4 billion—enough to get any brewery or publican hopping with excitement. But this industry has a whole six-pack of problems, what with bartenders who dole out free drinks, bartenders who overpour, bartenders who drink their own stock, and maybe other problems having nothing to do with bartenders. It’s Weissbeerger and big data to the rescue.

Weissbeerger is also working with Glassify, which created a beer glass stamped with NFC and QR tech that learns your drinking behavior and targets you. Kinda like the bro at the end of the bar.

When companies want to create new snacks, they turn to data analytics companies like LatentView Analytics to get a snapshot of the foods and flavors people are currently eating. LatentView’s director and lead for consumer goods, who goes by the mononymous name Shalabh, says it’s because with big data, “you can see how food trends flow.”

Food trends pass between restaurants, television shows, and food bloggers. LatentView can spot these trends thanks to the availability of data found in online menus, reviews in newspapers and food blogs, and shout-outs on sites like GrubHub and Yelp.

That’s when companies unleash a snack attack. “When people try something they like, there is an awareness of that flavor in their mind,” says Shalabh. “Then, if you launch a snack with that flavor, it’s more likely to fly, compared to something you’ve introduced that’s new. That’s where the value is: looking at the [food industry] ecosystem as a whole.”

Pulling the data is cheap, Shalabh says. However, “the big value is using artificial intelligence and machine learning to understand the chain of events that lead to a trend truly becoming big.” He says LatentView successfully predicted six years ago that Himalayan sea salt would be seasoning popcorn by now.

Big data hasn’t just identified food trends such as the so-cool-they’re-cliché bacon and avocado. The technology also identifies pairings so you know which foods will match Shalabh’s next big food prediction: non-dairy yogurt…made from peas.

Meal delivery services leapt out of the weight-loss industry straight onto your dinner plate. Now, companies are duking it out for their place on your fork. There are more than 1,000 of these businesses, most of them concentrated in major cities, estimates Janet Gianetti, co-founder of Mr. Meal Delivery.

“Big data plays an integral role in subscriber acquisition, order management, and supply chain management for these national meal delivery services,” Gianetti says. “Keeping track of average delivery times from distribution centers, with food expiration times mixed into the calculation, makes for a constantly changing statistical problem that only big data is equipped to optimize for.”

That same information is also essential to the meal kit business, which delivers prepackaged ingredients for you to assemble and cook yourself. No, these kits are not the push-button, voice-activated food miracles of the “Star Trek” replicator or the Foodarackacycle on “The Jetsons.” But, while meal kits may not be replicating food, they are replicating money: Meal kits were a $2.2 billion global business in 2017 and are likely to grow to a $5 billion market in the next decade.

Hydroponics—growing plants in nutrient-infused water instead of soil—has been on investors’ radars since at least 2013, though the technology has been around for far longer. No wonder: Hydroponics offers freedom from growing seasons and a certain imperviousness to global warming.

Big data has helped at least one hydroponics business bear fruit. Jon Friedman, COO of Freight Farms, says his company tracks variables—including pH levels in water, humidity, temperature, and airflow—across more than 150 farms. “We track everything from seed to sale, so that consistency gives birth to efficiency. Then we can build rules and automate.”

Freight Farms then pairs the data with performance, he says. The data collection helps the company track the network of farmers to learn who is growing a particular crop—such as basil—and what settings they’re using. “We see why one [farm] would be getting a better yield based on the inputs they’re putting into the farm and the conditions in which they are running the farm,” says Friedman. Based on that collected data, Freight Farms makes recommendations.

Traditional farming is only beginning to cultivate a relationship with big data. But the sooner the better for the $63.4 billion U.S. industry. With 7.6 billion mouths to feed, there’s a big demand for big data’s best-of-breed practices.

“Big data is building the infrastructure here,” says Bacall. “[Food production companies] can look at the data and say, ‘There’s this town in China where sales of beef are picking up, so we’re going to need this-sized factory, this much cold storage, and this many jobs.’ If you’re low on volume in a certain rural area and there’s a demand, there’s justification to build a warehouse or a distribution center there. They rely on big data.”

But, unlike in the West, where the information can be purchased or scraped, data in China is difficult for third parties to come by. Bacall says that most of the data points that businesses rely on—such as customer approval ratings—are controlled by the two main e-commerce platforms.

Still, Bacall adds, when larger, established firms can acquire the data, it provides clear guidance: “People are using data to build towns. The data speaks for itself, and I think it’s a great advantage.”

And when the data is speaking for itself, it’s saying, “Build me a town” and “After you’ve built it, let’s eat.”

Big data in the food industry: Lessons for leaders